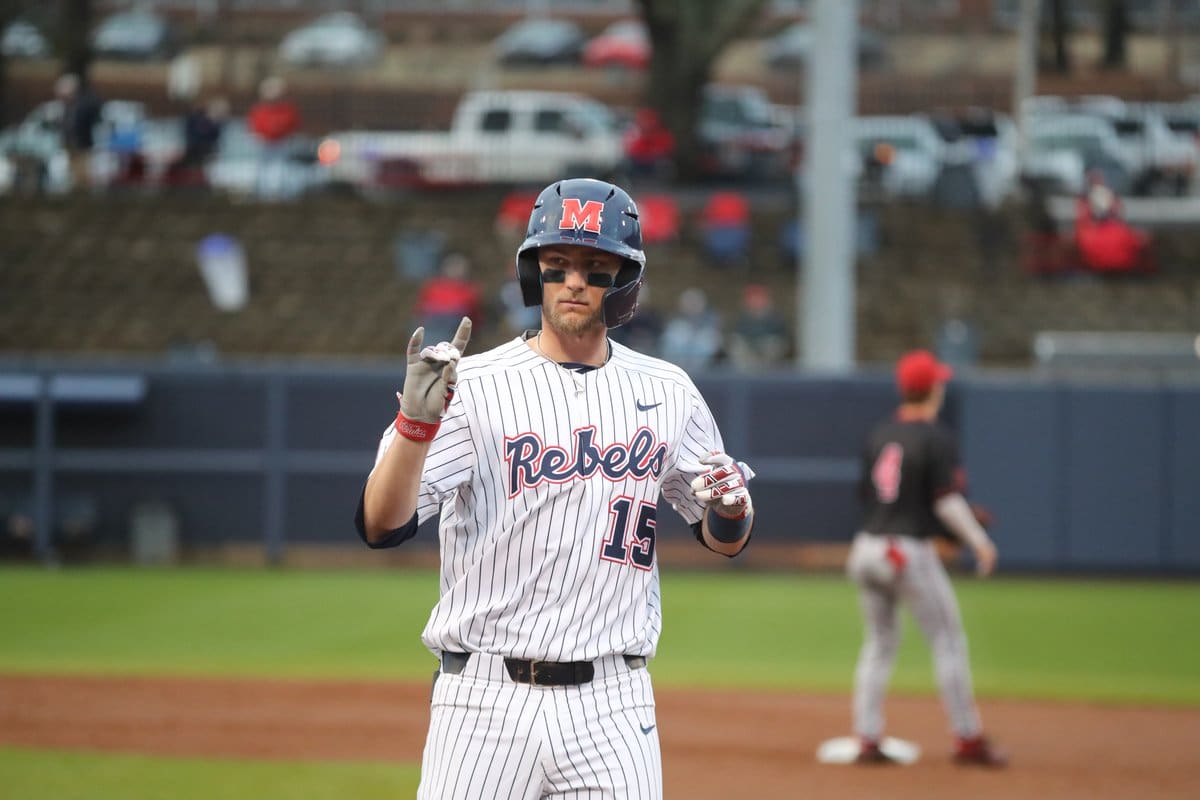 The award is sponsored by Mizuno and presented by the College Baseball Foundation. It is named for former Texas Tech shortstop Brooks Wallace, who played for the Red Raiders from 1977 to 1980. Wallace died of leukemia at the age of 27. The award winner is selected based on performance on the field, as well as his leadership qualities, community service and success in the classroom.

The Oxford native and Ole Miss team MVP led the Rebels with a .330 batting average at the end of his junior season, which came to a close yesterday with a loss to Arkansas in the Super Regional round of the NCAA Tournament.

“I am proud to have Grae represent our family as this year’s Brooks Wallace Award winner,” said Larry Wallace, award co-chairman and brother of Brooks. “He portrays all the qualities we look for in honoring Brooks’ legacy.”

During the 2019 season, he scored 67 runs and drove in 50, while tallying 18 doubles and seven home runs. He was efficient at the plate as well, drawing 41 walks while striking out just 35 times in 270 at-bats. Additionally, Kessinger was 16-for-19 in stolen bases.

Kessinger shined during conference play for the Rebels this season, finishing with a .405 batting average and .472 on-base percentage – both good for 2nd in the SEC. He was also among the top 10 in the league in doubles, total bases, slugging percentage, RBI and stolen bases.

“We were steadfast in our research and feel like we have picked the best shortstop to represent the prestigious Brooks Wallace Award,” award-co chairman Tom Quigley said. “As a former teammate of Brooks, I feel he would agree. We are proud to name Grae as our 2019 award winner.”

Defensively, Kessinger made just nine errors with 97 putouts and 156 assists on his way to becoming the first Rebel recipient of the Brooks Wallace Award.

In last week’s MLB Draft, Kessinger was taken by the Houston Astros in the second round, bringing his Ole Miss career to a close. In his final season as a Rebel, he was named to the First Team All-SEC, and he was named a Third Team All-American by Collegiate Baseball.

Mississippi State Adds Two Offensive Lineman to the Class of 2020