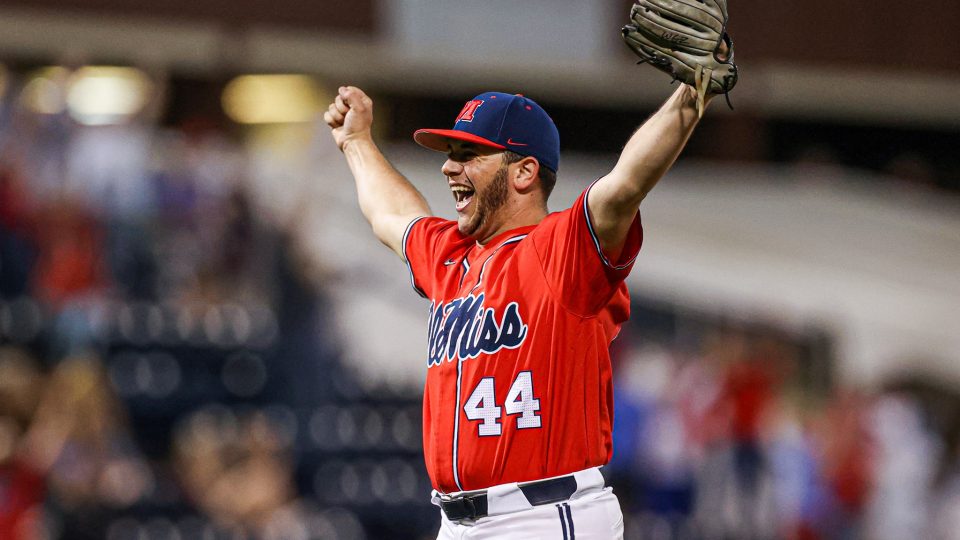 It’s been a roller-coaster season for Ole Miss baseball.

Back in March, the Rebels held the No. 1 spot in the nation before losing it two weeks later after a rough weekend against Tennessee. Three weeks later, the Rebels were unranked for the first time all season and tied for dead last in the SEC West with in-state rival Mississippi State.

It continued to get worse for Mike Bianco’s squad as Ole Miss would lose every conference series up until an early-May sweep of Missouri.

That’s when it all changed.

Since then, the Rebels have gone undefeated and re-inserted themselves back into the postseason conversation. Although still not ranked, Kendall Rogers of D1Baseball thinks Ole Miss is not only in line to make the postseason but they could be a regional host.

“If they won the A&M series and went on a wild run in Hoover, they could actually finish the season as a regional host. That’s how ridiculous this is.” Rogers said on Tuesday’s episode of SportsTalk Mississippi. “There is absolutely a pathway to get to a regional host. Now, with that said, if you’re Ole Miss, you want LSU taking the series from Vanderbilt this weekend. You want Vanderbilt’s league record to be around .500 and things like that, but there is a way.”

The full interview with Rogers can be watched below.