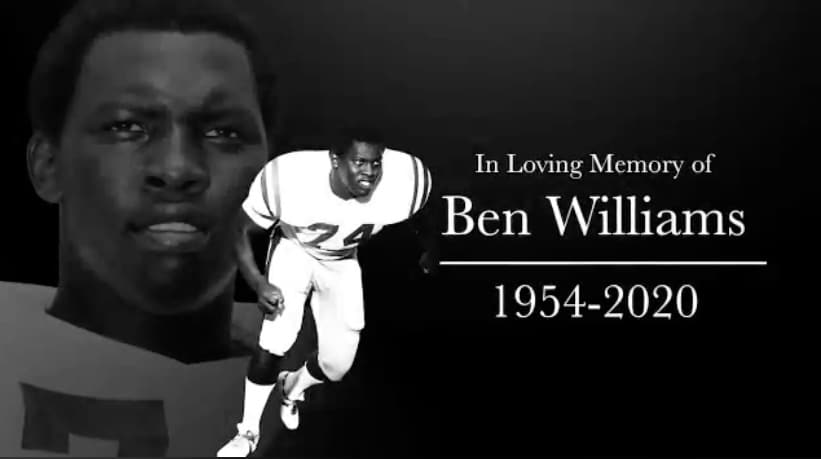 In 1971, Williams and James Reed became the first-ever African Americans to sign football scholarships with the Rebels. The school honored the two in 2014 by naming the entrance of the practice facility and athletics center the Williams-Reed Football Foyer.

“Gentle Ben’s impact on our university, the SEC and college football as a whole is immeasurable,” said Ole Miss athletic director Keith Carter. “Ben not only helped break the race barrier for our football program but was also the first African-American student to be elected by the student body for what is now known as Mr. Ole Miss. He was a great person, player and ambassador for our university and will forever be beloved by Rebel Nation.”

Williams played for the Rebels until 1975 and was a three-time first-team All-SEC selection, as well as being named an All-American once. During his time at Ole Miss, the Yazoo City-native amassed 377 tackles and 37 sacks.

In 1976, Williams packed his bags for New York as the Buffalo Bills selected him with the 78th overall pick in the NFL Draft.

He went on to enjoy a 10-year career in the NFL, which included a 1983 Pro-Bowl selection. In 147 games for the Bills, Williams retired as the franchise leader in sacks with 45.5.

Williams’ name can be found on both the Top 50 All-Time Bills Team and the Ole Miss Football Team of the Century.

A star on the gridiron but more importantly, a groundbreaking student, “Gentle” Ben Williams will be forever missed. Rest in peace.