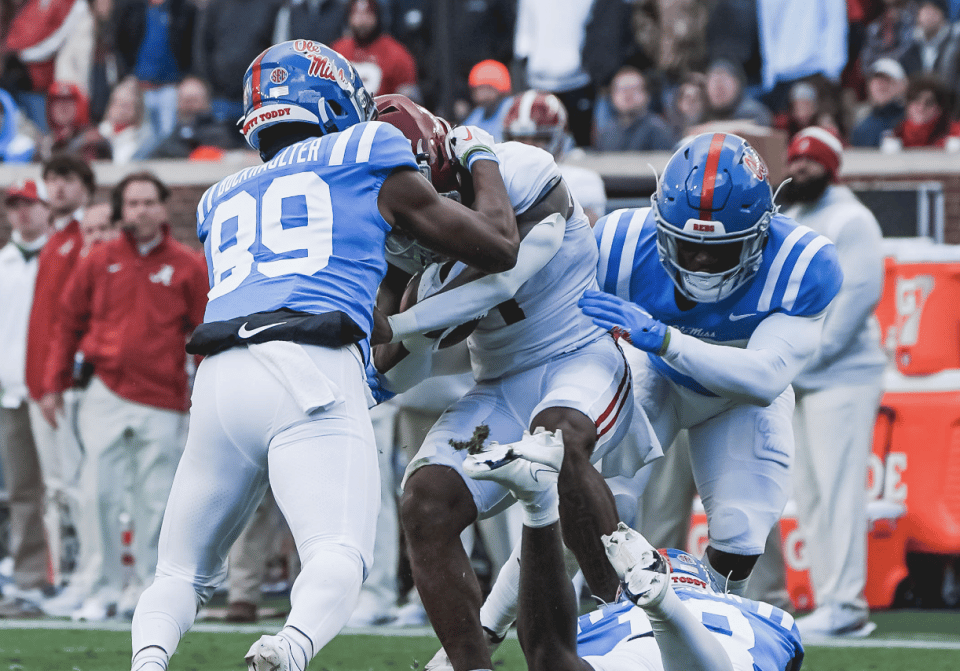 After a quick completion by Jaxson Dart, two big runs from Quinshon Judkins moved the ball all the way down to the Alabama 14-yard line.

And that’s when the offense fell flat.

Lane Kiffin’s latest attempt to knock off his former boss Nick Saban was oh so close, this time a 30-24 loss in Oxford.

“Really disappointing finish,” Kiffin said during his post-game press conference. “We had a chance to win and didn’t do it. They have a great team.”

In Kiffin’s three years at Ole Miss, this was definitely the closest the Rebels had been to taking down the Crimson Tide. In 2020, Kiffin’s squad fell 63-48 before turning around and losing 42-21 in 2021.

On Saturday, Ole Miss (8-2, 4-2 SEC) had a 10-point lead not once but twice and was out in front for most of the game with Alabama not taking their first advantage until just over 11 minutes to play in the fourth quarter. The Tide (8-2, 5-2), looking to avoid their first three-loss regular season in over a decade, held strong and walked out of Vaught Hemingway Stadium with their seventh win in a row over the Rebels.

The loss, which ended a 14-game home winning streak for the Rebels, officially eliminated Ole Miss’ chances of winning the SEC West while securing LSU’s spot in the conference championship game.

Next up for the Rebels  will be a home matchup against a struggling Arkansas (5-5, 2-4) team.

Loss aside, there were a few bright spots from Ole Miss’ performance against the Tide on Saturday, one of which was Quinshon Judkins. The freshman phenom scored his 14th and 15th touchdowns of the season, breaking the school’s record for most rushing touchdowns in a single season. That record was previously held by a man named Archie Manning. Have a day.