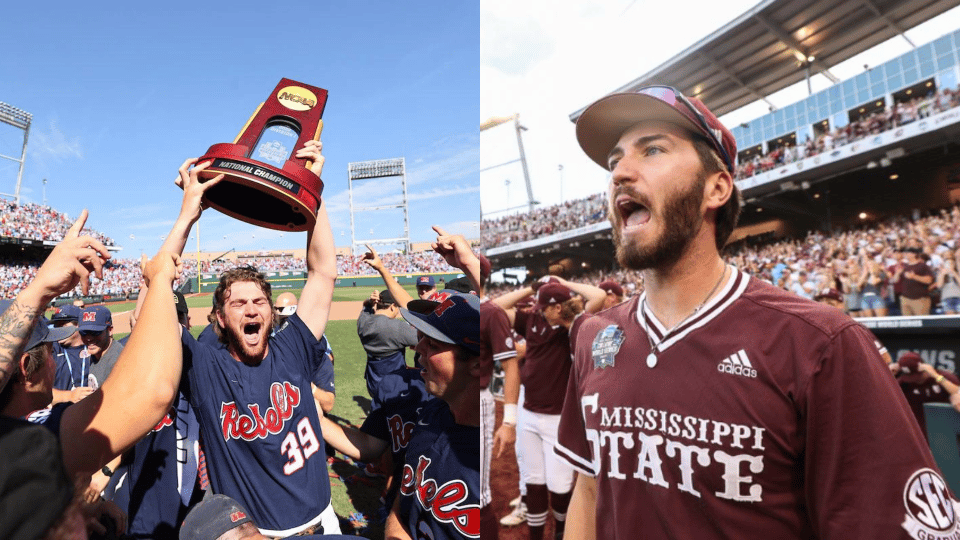 Ole Miss and Mississippi State, college baseball’s most recent national champions, have released their 2023 schedules which feature exciting matchups between some of the NCAA’s most prominent teams.

After a miraculous run that ended in a national championship, Ole Miss looks to carry its momentum into the 2023 season. Although the Rebels lost prominent players such as team captain Tim Elko, pitcher Dylan DeLucia, catcher Hayden Dunhurst, right fielder Kevin Graham, and third baseman Justin Bench, head coach Mike Bianco will turn to underclassmen and newcomers to pick up where their predecessors left off.

The Rebels’ road to Omaha will be met with much resistance as the team is scheduled to face one of the toughest slates in college baseball. At home, Ole Miss will host Florida, Arkansas, LSU, and Auburn — all of whom appeared in the 2022 NCAA Tournament. Bianco’s squad will also travel to Vanderbilt, Texas A&M, and Mississippi State to compete in hostile environments. Ole Miss will look to get neutral site victories over Southern Miss in Trustmark Park and in the Cambria College Classic in Minneapolis, Minn.

Ole Miss’ full 2023 baseball schedule can be viewed below.

Check below for updated @SEC schedule.

The 2021 national champions experienced a bit of a celebration hangover that carried into the 2022 season, resulting in a 26-30 record. After failing to reach the postseason, the Bulldogs, which hauled in the No. 2 recruiting class according to Collegiate Baseball,  will look to get back into the Omaha conversation.

While Mississippi State works to get back on track this season, the pathway to the postseason features numerous tough tests at home, on the road, and at neutral sites. The Bulldogs are set to welcome a gauntlet of Vanderbilt, Arkansas, and Ole Miss to Dudy Noble Field. On the road, MSU will face Kentucky, an Auburn team on the rise, and a juggernaut in Tennessee. The Diamond Dogs will also take on Southern Miss in Trustmark Park before heading to Texas to battle in the Frisco College Baseball Classic.

The full 2023 Mississippi State baseball schedule can be found below.