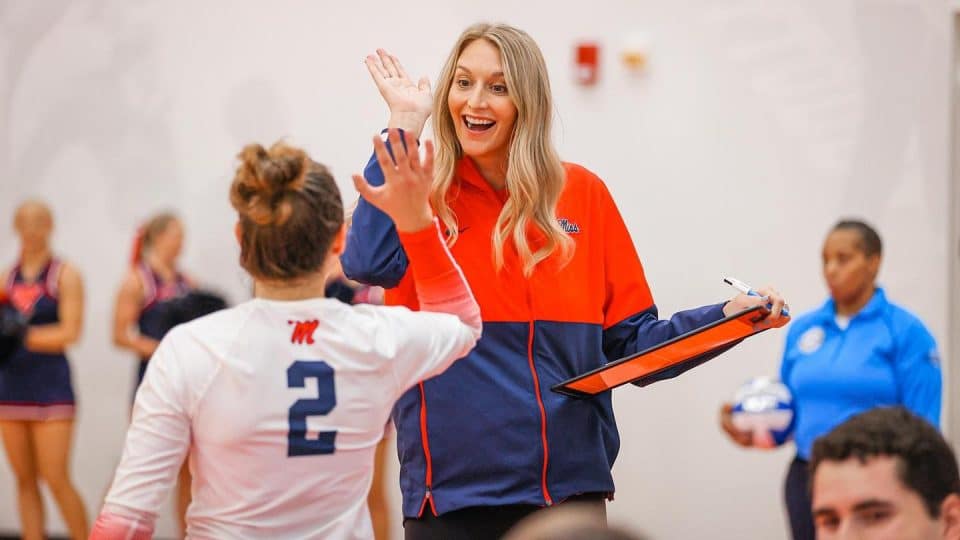 Henry, who had been serving as interim coach since October, joined the Rebels as an assistant coach prior to the 2022 season. During her 11 matches as acting head coach, the team had four wins despite facing some of the top squads in the conference.

“I am beyond excited to start this new chapter of my career here at Ole Miss,” Henry said in a release. “The volleyball program has a strong foundation with phenomenal athletes that will lead Ole Miss Volleyball to success in the coming seasons. I am very thrilled to have the opportunity to continue working with these student-athletes and help them leave a legacy at Ole Miss, impact the SEC, and positively influence the world around them.”

Before moving to Oxford, Henry worked as a graduate assistant at Nebraska for two seasons, winning a national title in 2018, before accepting a full-time coaching position at Santa Clara University. During her time with the Broncos, Santa Clara produced three AVCA All-Region selections and 12 All-WCC accolades while ranking nationally in blocks.

As a player, Henry won a national title at Long Beach State and was named an AVCA All-American. Post-college, she played professionally in both Switzerland and the Philippines.

The 2023 Ole Miss volleyball schedule has not yet been released.