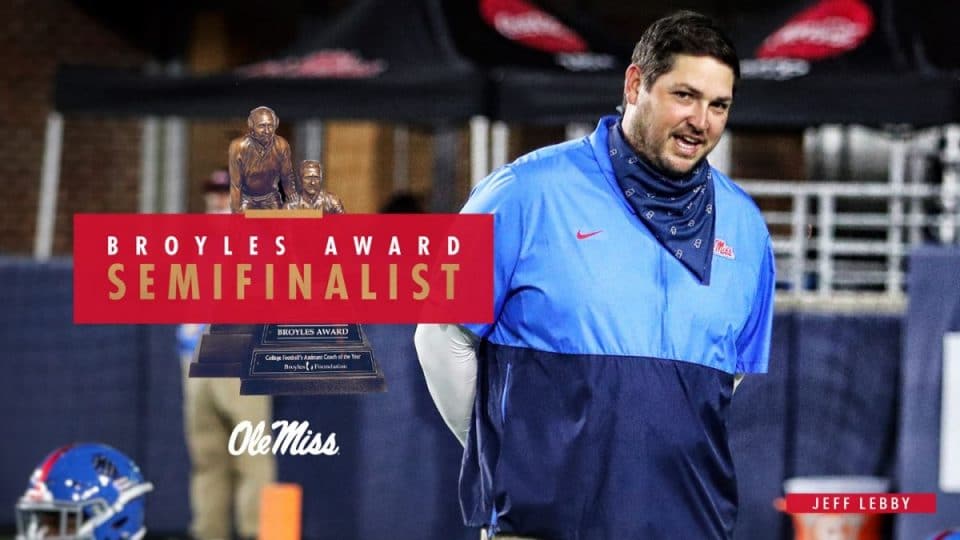 The Ole Miss offense has performed at a record-setting pace throughout the 2020 season, and the man calling the plays is being recognized as one of the top assistants in the country.

Offensive coordinator/QB coach Jeff Lebby has been named as one of 15 semifinalists for the 2020 Broyles Award—awarded each year to the best assistant coach in all of college football.

In his first season in the booth for the Rebels, Lebby has guided the offense into the top 10 nationally in five offensive categories: total offense (563.0), passing offense (356.5), completion percentage (.730), team passing efficiency (188.6) and passing yards per completion (14.9).

With one game left in the regular season, Corral ranks inside the top 10 in five major categories and Moore leads the country in receptions (86) and ranks second nationally in receiving yards (1,193).