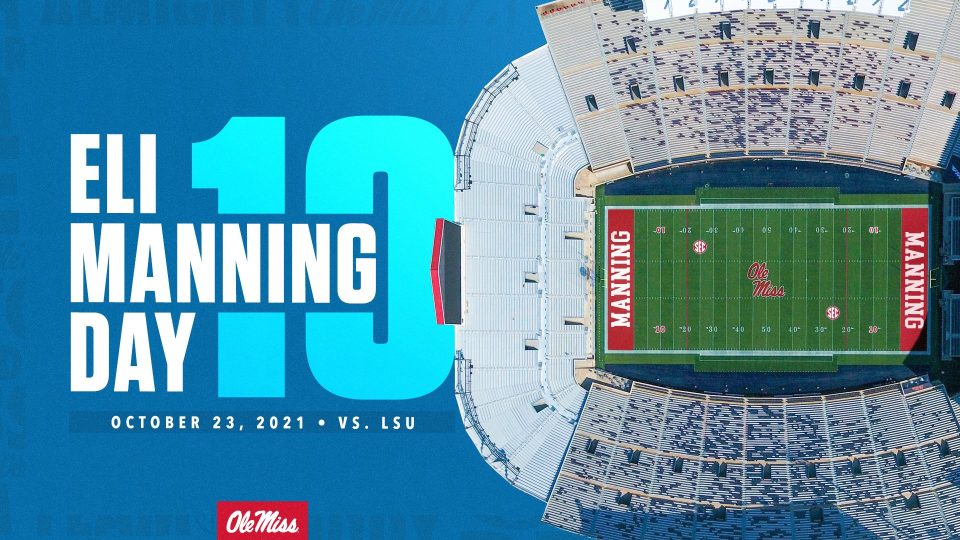 When Ole Miss hosts LSU this Saturday, the end zones inside of Vaught-Hemingway Stadium will have a new look.

As the Rebels honor the legacy of the Eli Manning by retiring his #10, the end zones have been painted red and will bear the name of one of the most celebrated players in program history.

The ceremony was set to take place prior to the Auburn game in 2020 but was pushed back due to the pandemic. This will be just the third number to be retired in Ole Miss football history, alongside Archie Manning’s #18 and Chucky Mullins’ #38.

Prior to winning two Super Bowls with the New York Giants, Manning became the Rebels’ all-time passing leader with 10,119 yards and 81 career TD passes. In all, the eventual top-pick in the 2004 NFL Draft set or tied 47 program single‑game, season and career records during collegiate career from 2000-03.

As a senior, Eli capped off his time in Oxford by leading the Rebels to a win in the Cotton Bowl while being named the SEC Offensive Player of the Year. Eli also won the Johnny Unitas Golden Arm Award, the Maxwell Award and finished third in the 2003 Heisman Trophy voting.

Thunder & Lightning: Nobody Blows Out The Rumblings