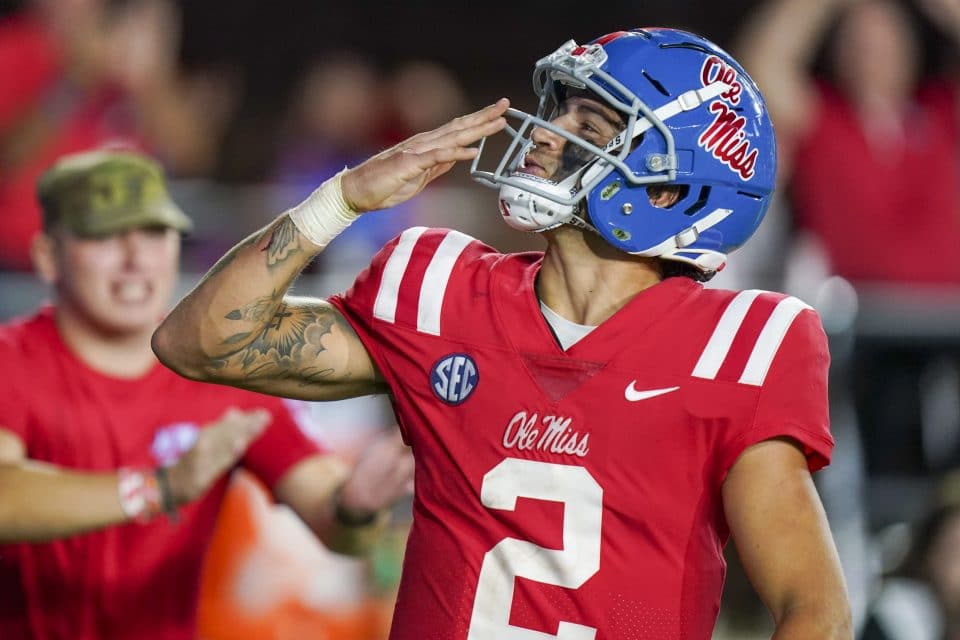 The Ole Miss quarterback caps stellar season as one of nation’s leading dual-purpose players; tops two other finalists in voting by a panel of in-state sports news journalists for coveted award

Named after College Football Hall of Famer and Ole Miss legend Charlie Conerly, the trophy was first awarded in 1996 and has now been awarded to an Ole Miss player 10 times, the most by any school.

Corral, a redshirt junior from Ventura, California, was the third leading passer in the SEC with 3,334 yards, completing 68.3 percent of his passes for 20 touchdowns and only four interceptions, including 26 of 34 passes for 234 yards in a thrilling 31-21 victory for the Rebels against Mississippi State in the 94th annual Battle for the Golden Egg rivalry game.