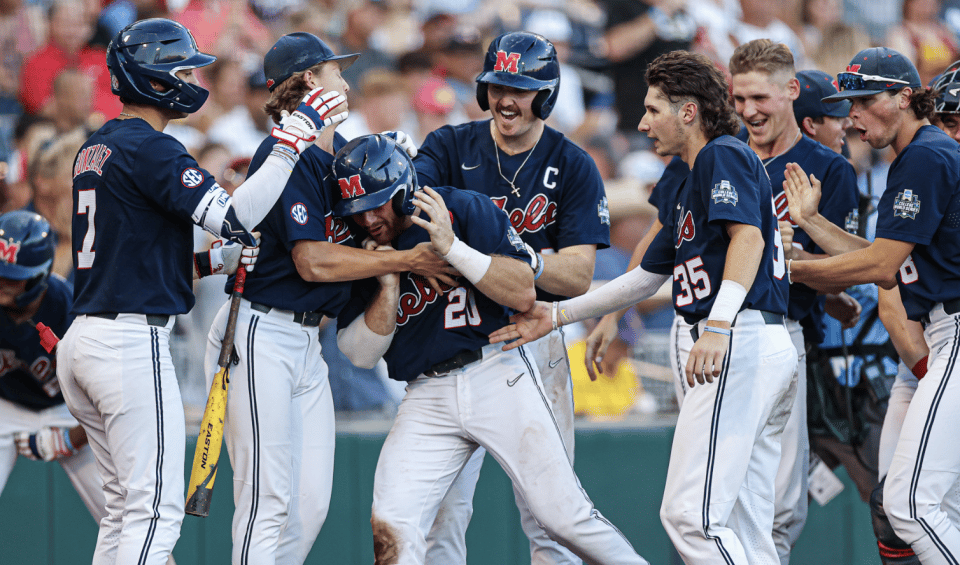 The Ole Miss Rebels rolled through yet another opponent on Monday night, defeating the Arkansas Razorbacks by a score of 13-5.

It didn’t take long for the Ole Miss offense to get to Arkansas starting pitcher Zack Morris. With two outs in the top of the first inning, left fielder Kevin Graham knocked in Justin Bench with an RBI single. Morris then proceeded to walk three batters in a row, giving the Rebels an easy second run and ending the night for the left-hander after just 25 pitches.

The Razorbacks got one run on the board in the bottom of the first when Graham lost a fly ball in the sun, but the Rebels bounced back with two of their own in the second thanks to a home run by Tim Elko.

Arkansas made it a one-run game in the bottom of the second inning, bringing the score to 4-3 on a squeeze play.

Ole Miss immediately responded, taking a 6-3 lead in the third inning after a Calvin Harris RBI double. Two innings later, Harris came up big again with a home run of his own and putting the Rebels up 8-3.

Ole Miss would go on to score five more runs over the course of the next four innings, coming away with a 13-5 win. Rebels starting pitcher Hunter Elliot had an impressive outing on the mound, giving up just three runs in 6.1 innings of work.

Next up for the Rebels (39-22), who remain undefeated since the NCAA Tournament began on June 3, will be a Wednesday night contest versus the winner of Tuesday’s elimination game between the Razorbacks (44-20) and the Auburn Tigers (43-21). One more win and the Rebels will be in their first College World Series Finals in program history.

Your Mississippi forecast for Tuesday, June 21