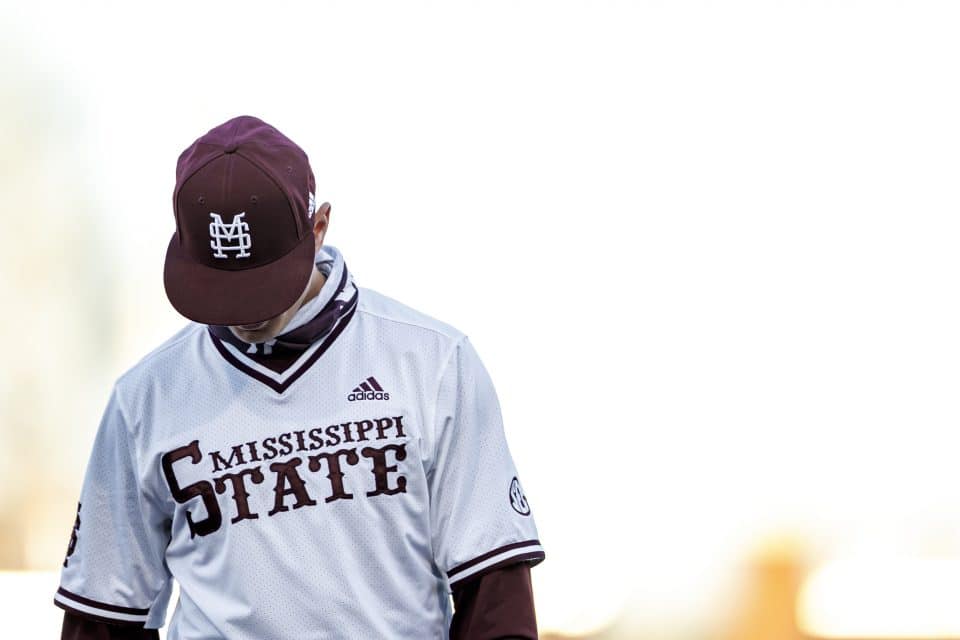 Ole Miss shook off any ill effects from Friday night’s loss to Mississippi State, controlling the game from the first inning and smashing the Bulldogs 9-0 in front of 13,338 fans at Dudy Noble Field.

The Rebels scored in each of the first five innings, pushing out to an 8-0 lead at the midway point. Ole Miss racked up 17 hits on Bulldog pitching, chasing State’s starter Will Bednar after only three innings. Seven different hitters drove in runs for the Rebels, five had multiple hits, and every starter had at least one hit. MSU’s only base hit came on a single by Brayland Skinner in the fifth.

As well as the Rebels hit on Saturday, the real story was Doug Nikazy. The left hander absolutely manhandled the Bulldog lineup, pitching a complete game shutout, striking out 12, and only giving up the one hit. Nikhazy was just as sharp after 120 pitches as he was in the first inning, striking out Rowdey Jordan and Tanner Allen in the final two at-bats of the game to close it out.

Final out from Starkville, Ole Miss dominated Mississippi State from start to finish to win 9-0. A complete game one hit shutout for Doug Nikhazy. pic.twitter.com/5YqJOOZAd6

State and Ole Miss will battle tomorrow in the series’ rubber game, first pitch is set for 1 PM. The Bulldogs will throw Jackson Fristoe, the Rebels will counter with Drew McDaniel.