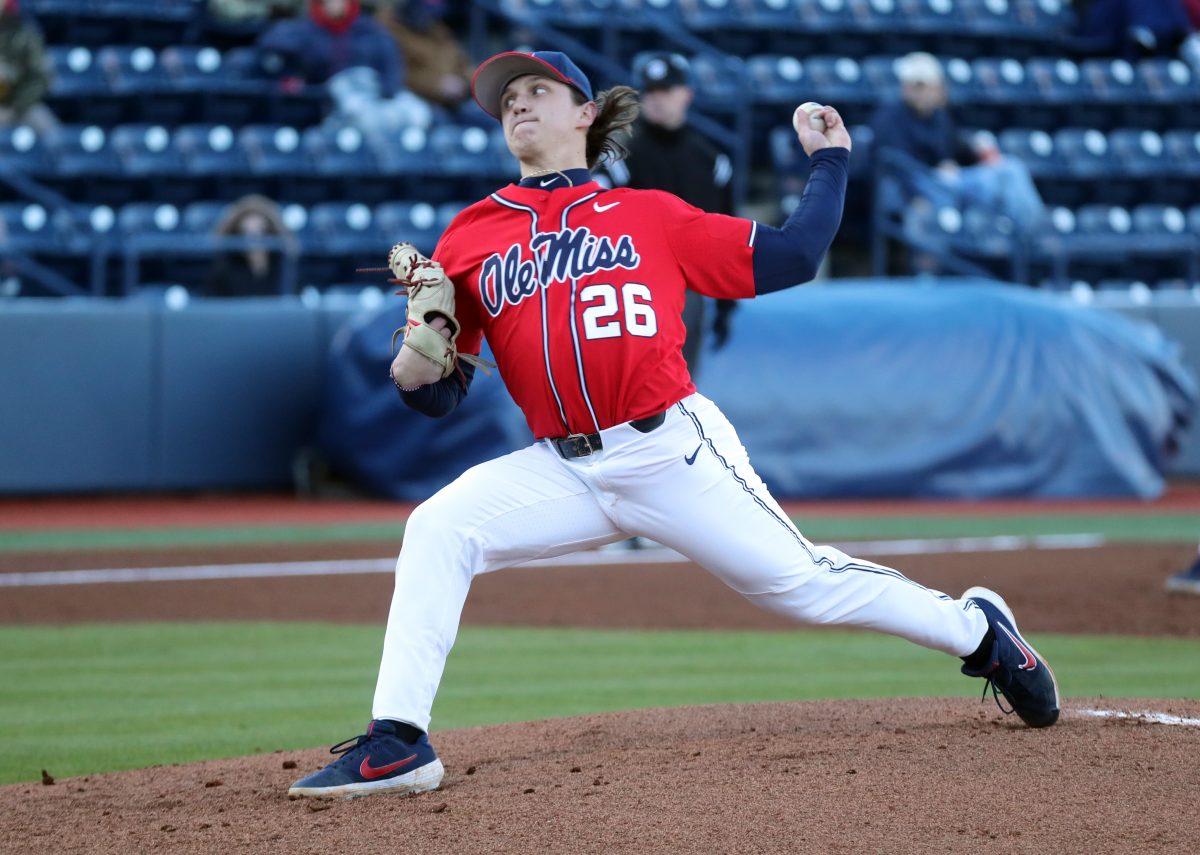 OXFORD —Doug Nikhazy spent a good portion of the offseason refining his slider.

The sophomore left-hander wanted a purer four-pitch mix and a heavier breaking pitch to throw at left-handed hitters. It’s made a difference for him through two starts. On Friday, he struck out nine in six no-hit innings, and produced the majority of the legwork of a combined no-hitter in a 13-0 Ole Miss victory over Xavier.

“It has been a huge pitch for me, throwing it to lefties has been a difference maker,” Nikhazy said. “It has been nice being able to throw something a little firmer that lefties don’t see as well.”

Oddly enough, Nikhazy struggled most against lefties in his freshman campaign. Southpaws hit .308 in 107 at-bats compared to a .203 mark against right-handers in double the at-bats.

This newfound slider is intended to rectify that.

Xavier only boasted three lefties in the lineup and the pitch was more of a factor last week against No. 1 Louisville. But the enhanced breaker has been as effective as he hoped through two starts and is something that can help supplement his secondary stuff if his curveball or changeup falters.

“Saw it more against Louisville because the curveball was nonexistent, but it was sharp again today,” head coach Mike Bianco said. “I think it is going to make a difference to him. His numbers weren’t good against left-handers last year. That is rare but it is true. He has almost flipped that this year.”

Nikhazy walked two and threw 96 pitches. He didn’t lobby at all to stay in the game as the score ballooned to double-digits with an abundance of arms waiting in the bullpen.

Ole Miss put the outcome on ice within the first three innings. Freshman cacher Hayden Dunhurst was at the core of the offensive onslaught. His first-career hit came off of Musketeers starter Lane Flamm in the form of a 2-RBI single in the bottom of a five-run second inning. An inning later, he walloped a Flamm fastball over the right field bullpen for a three-run shot. The blast awarded the Rebels an 8-0 advantage. Flamm struggled to command the strike zone and walked six batters. Ole Miss’ eight runs came on three hits. The Rebels had nine in the game.

Dunhurst was hitless in his first four contests but has not let that affect his defense.

“I always knew it was going to come soon,” Dunhurst said. “I saw the ball really well last weekend. My timing was just a little bit off. It is a little bit different than in the scrimmages we do with the atmosphere and having a little bit of butterflies. I felt good coming into today.”

Dunhurst has shown elite pop time and arm strength behind the plate this year and is filling the void Cooper Johnson left quite nicely.

“Regardless, he has caught terrifically and hasn’t brought his bat with him defensively,” Bianco said. “When you get your first couple of knocks, it makes you feel better.”

Seven thru nine in the Ole Miss lineup was a combined 5-11 with six RBIs, and that exclude’s Knox Loposer’s pinch-hit three-run jack in the eighth in place of Tim Elko. Elko was 2-3 with an RBI and nine-hole hitter and freshman center fielder Cade Sammons recorded a hit and a walk with two-runs scored.

Drew McDaniel tossed scoreless seventh and eighth frames with one walk in his first action of the year and freshman left-hander Jackson Kimbrell completed the joint no-hit bid with a perfect ninth. The no-hitter was the program’s first in a nine inning game since Russ Johnson’s in 1966.

“It is a great feeling when everyone starts crowding to the front of the dugout,” Nikhazy said. “It is great to see Drew and Kimbrell have so much success. It’s good for all of us. Coach Bianco talked in the pregame about how we have had gritty wins, but let’s try to come out and dominate both sides of the ball.”

Game two of this series is slated for 1:30 P.M. on Saturday.