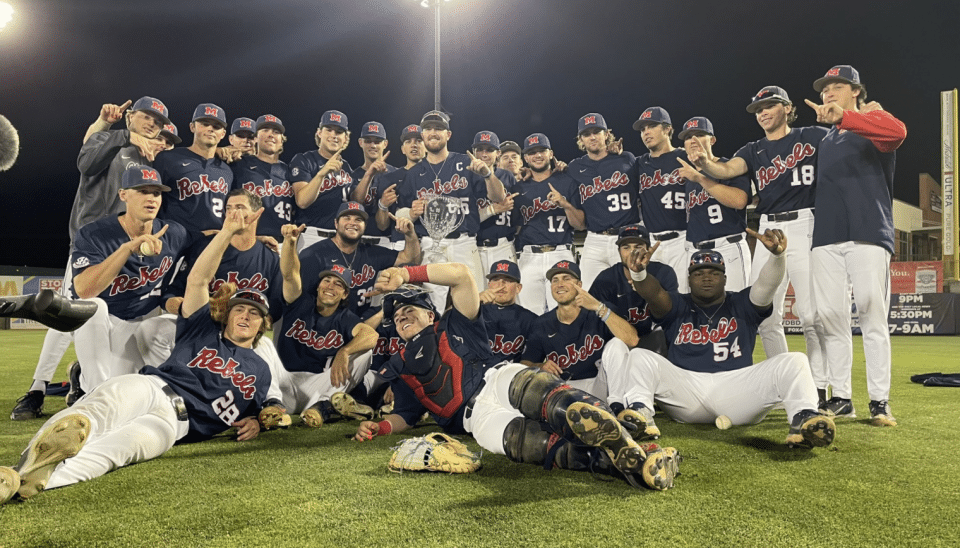 On Tuesday night, Ole Miss defeated Mississippi State by a score of 5-2 at Trustmark Park in Pearl, securing the Governor’s Cup for the first time since 2015.

The Rebels jumped out to a hot start when preseason All-American Jacob Gonzalez roped the first pitch he saw deep into the gap for an RBI triple before scoring on a Tim Elko grounder.

The Bulldogs weren’t too phased by their rival’s hot start (see Friday), putting up two runs of their own in the bottom of the first inning to tie things up.

Come around to the fifth inning with the score still at 2-2, Peyton Chatagnier started the side off with a leadoff single, followed by a Gonzalez double. Elko then came to the plate, shooting a single through the left side to score both Chatagnier and Gonzalez. The team captain would then come around to score on a Kevin Graham double down the right field line.

The score would remain for the rest of the game, giving the Rebels – who were 3-7 in their last 10 games coming into Tuesday night – a much-needed victory as the team continues to fight for a spot in the postseason.

Drew McDaniel earned the win from the mound with Mason Nichols delivering three shutout innings in relief and Brandon Johnson sealing the deal with a save. After the game, Johnson talked about how much fight is left in the team.

“We have an unlimited amount of fight, man,” he said. “People all over the country have us counted out. We believe in each other. That’s the biggest thing right now. We’re staying with each other. We’re now getting ready for a big weekend, and we’re ready to go.”

Your Mississippi forecast for Wednesday, April 27