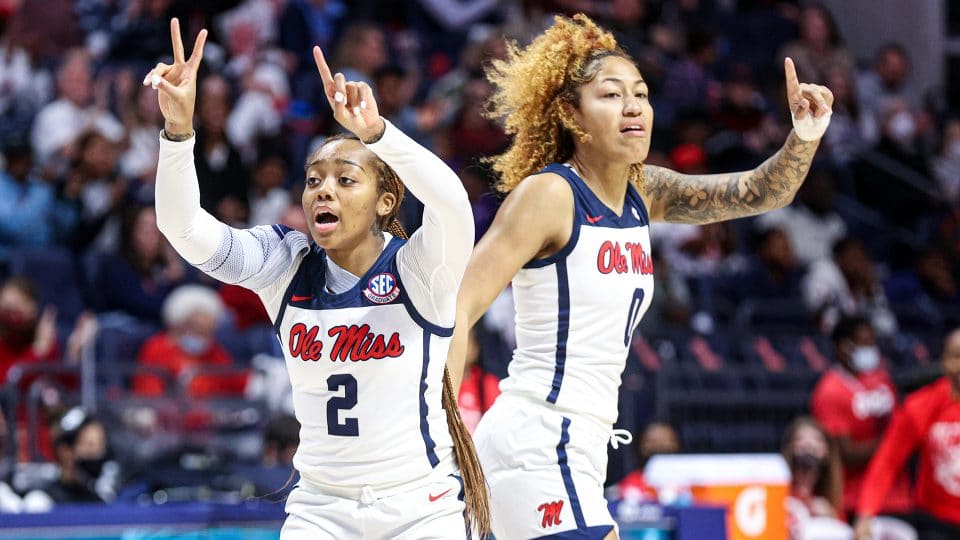 For the first time in 15 years, the Ole Miss women’s basketball team is ranked.

Thanks to wins in 17 of their last 18 games, the Rebels (17-2) were placed at No. 24 in the Associated Press women’s basketball poll. Their two losses on the season came to Belmont in the first game of the season and to then-No. 4 Tennessee on January 9.

McPhee-McCuin is right. There is a lot of basketball to go—with some of the toughest games in the coming weeks. On Thursday, the Rebels will travel to No. 1 South Carolina for a rescheduled game. The Gamecocks received 29 of 30 first-place votes in Monday’s poll. Then on Sunday, Ole Miss will host No. 15 Georgia. A week later, they’ll face off against No. 12 LSU.

Maryland transfer Shakira Austin has been a huge part of the program’s historic season. The 6-foot-5 post player leads the team in points (14.6), rebounds (8.6), blocks (2.2), and steals (1.7) per game. The former No. 4 overall high school prospect was recently named to the Wooden Award Mid-Season Top 25 Watch List.

Thursday’s game versus South Carolina can be watched at 5 p.m. on ESPN. To view the full AP rankings, click here.