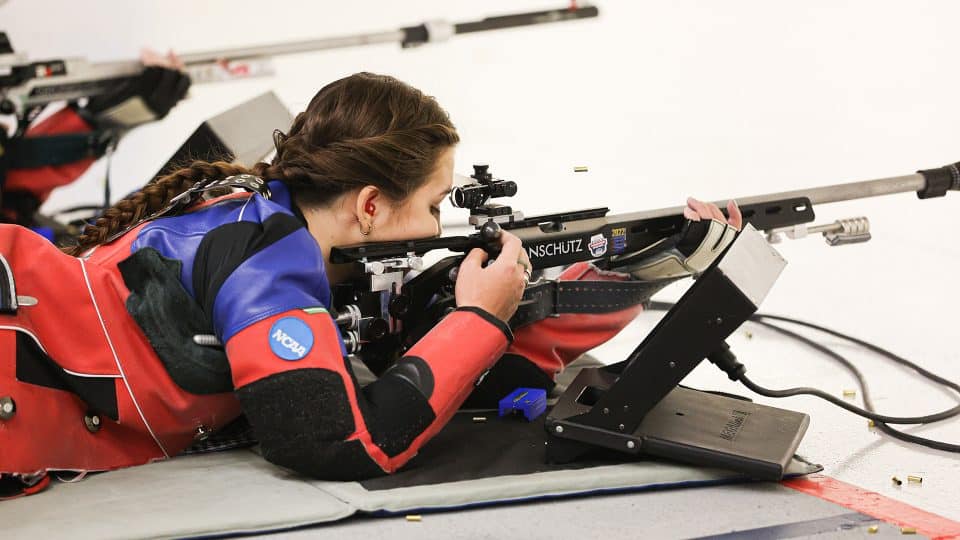 Although Mississippi has been historically known for its success in college football and baseball, another sport at one of the state’s major universities is making waves on a national level.

Due to its recent success, the No. 4 Ole Miss women’s rifle has become a household name in the sport. At one point this season, the team reached the No.1 ranking and solidified victories in matches versus No.10 Murray State, No.9 Army, and No.12 Memphis before losing to No.3 Kentucky, the reigning national champion.

Not only has the team found success this season, but they have also broken school records. During the November 6 match at Memphis, they compiled a total aggregate score of 4743 — the highest in program history.

“As a team as a whole, we broke another school record,” Kristen Derting, a senior on the team, said on Good Things with Rebecca Turner. “It was really amazing to see, being a part of that. Every year, I come back, and I feel like it can’t get better. I feel like we’ve been the best, and then we always push ourselves further.”

With this ascension to national relevance, head coach Marsha Beasley says national recruits are beginning to consider Ole Miss as a college destination. Beasley, who’s coaching her sixth season in Oxford, acknowledges that the women’s rifle team is currently as popular as it has ever been in her tenure.

“I think the progression of the team has actually really helped us to get people to look at us. I feel like top recruits are taking a look at us,” Beasley said. “We are on the radar more than we were six, seven years ago.”

The full interview with Beasley and Derting can be watched below.