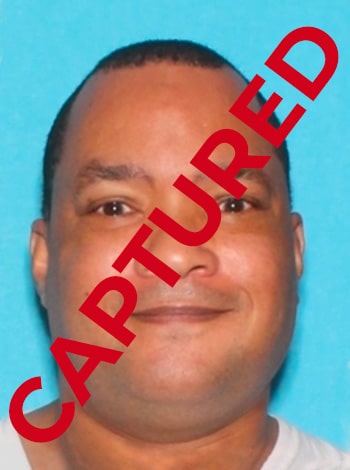 Image courtesy of the Mississippi Department of Public Safety

Public Safety Commissioner Sean Tindell says it didn’t take long for five of the suspects to be captured.

Tindell said the first one on the list was Allan Henderson.  “Allan had murdered his girlfriend in Pearl, MS.  Choked her.  Killed her.  Had left the 9-month-old baby with the dead mamma at the daycare and took off.  He was convicted of manslaughter and had gotten out on earned release.”

Tindell said while he was on the run, Henderson actually became a pastor.  “A lot of people, when they saw his picture, started calling Crimestoppers.  The Lord might have forgiven him, but he still had a debt to pay to the state of Mississippi.”

Tindell said a second suspect was also apprehended.  Kevin Donald Cope, Jr., wanted for rape, was a former teacher who was prosecuted for having sex with a student. He was apprehended after a Clinton police officer recognized him from a traffic stop.