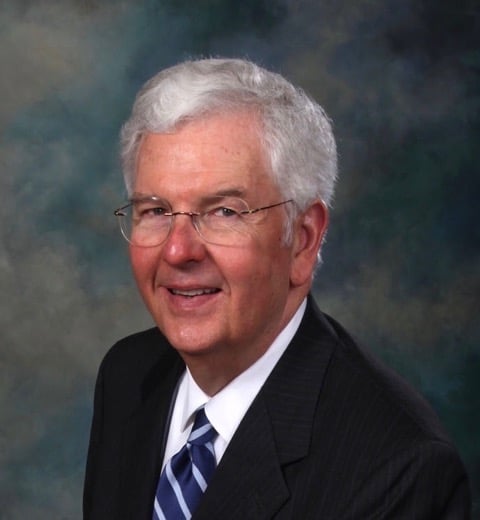 The following op-ed was written by Eric Clark, a former state legislator, Secretary of State, and former executive director of the Mississippi Community College Board.

I have two points to make in this guest editorial.  My first thought is that Mississippi needs a medical marijuana law.  It needs to be carefully written by our Legislature, with sensible regulations, to help Mississippians with debilitating pain.

My second point is that approval of Initiative 65, on the November 3 ballot, would be a terrible mistake.

There are many problems with Initiative 65.  Here is one:  A basic rule in understanding power politics is, “Follow the money.”  Who will benefit financially from any major change in public policy?  In this case, the answer is large out-of-state companies which make huge amounts of money selling marijuana.  That is why they have contributed a big portion of the approximately $5 million being spent to put Initiative 65 into our constitution.

Which brings me to the next point.  This 7-page proposal is too long and is filled with poorly considered details.  It would be absurd to put it in our constitution.  Major policy changes in state law always need to be tweaked and fine-tuned in future years.  Constitutional provisions are very hard to change—much harder than laws passed by our Legislature.  Initiative 65 is wholly inappropriate to be placed in our constitution.

My next point is, by putting unreasonably favorable provisions into our constitution, the marijuana industry would prevent effective regulation of marijuana sales in our state.  Even western states which have legal recreational marijuana, allow local governments to “opt-out” and stop marijuana shops from locating in their communities.  Not so in Mississippi!  Under Initiative 65, no town or county in our state would have the authority to prevent marijuana stores from opening up on their main street.

What about taxes?  This proposal is ridiculous.  Initiative 65 says marijuana would be charged a fee equal to our state sales tax rate—now 7 percent.  That is much lower than our taxes on tobacco and alcohol. And where would that money go?  Entirely to support the marijuana program!  Not one dime could be spent on education, law enforcement, mental health, or highways.  Because that would all be spelled out in the constitution, the Legislature would have NO power to change the tax rate on marijuana or to use the money for other purposes.

How does this 7 percent tax rate compare with other states?  A quick internet search shows these tax rates for marijuana sales in other states:  Oregon—17 percent;  Nevada—25 percent;  Colorado—30 percent;  and Washington—37 percent.

Two more points:  Initiative 65 lists numerous medical conditions which would qualify a person to have a doctor issue them a medical marijuana card.  Two of these are, “chronic or debilitating pain,” and “another medical condition of the same kind or class.”  In my opinion, those categories are so vague as to allow unscrupulous physicians and patients to easily abuse the law.

And finally, what amounts would be allowed?  Initiative 65 would permit the purchase of 2.5 ounces of marijuana in a 14-day period.  I have read that would be the equivalent of selling 300 “joints” to a person each month. The dangers of abuse and re-sale on the street are obvious.

As I said earlier, I believe our state should have a sensible medical marijuana law to treat sick people who need help.  That law should be thoughtfully and carefully made by our State Legislature.  The answer is not to amend our constitution by Initiative 65, which I believe is a disaster waiting to happen.  Please vote “NO” on Initiative 65!