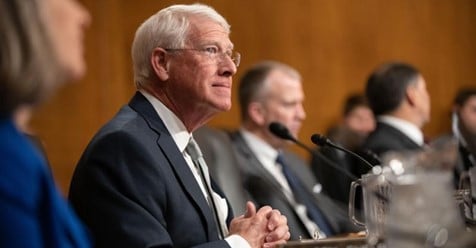 Image courtesy of the Office of Senator Roger Wicker

The following is an op-ed written and provided by U.S. Senator Roger Wicker of Mississippi.

This year has brought challenges that few could have imagined. The coronavirus pandemic has upended daily routines and claimed more than 275,000 American lives. Last month, however, we received some positive news with the announcement that several vaccines are effective and safe for use. With vaccine distribution beginning later this month, Americans can take heart that this dark season may soon be behind us.

The coronavirus has consumed much of Congress’s attention this year. As we enter the final weeks of the 116th Congress, it is worth reflecting on the major actions Congress has taken both before and during the pandemic.

Two years ago, I became chairman of the Senate Commerce Committee. This committee oversees a range of issues affecting our economy, including the internet, broadband, transportation, oceans, space, and the Coast Guard. Since I became chairman, the committee has passed nearly 20 bills that have become law, and dozens more are nearing completion. We have also helped shape many laws written by the House.

One of our major achievements was the Broadband DATA Act, a law I authored to make sure broadband is deployed in unserved rural communities. We also crafted a law to protect U.S. telecommunications networks from Chinese espionage. We approved a law ratifying the U.S.-Mexico-Canada Trade Agreement, a pivotal treaty that will help protect American jobs. And we have led the way in fighting online censorship and bias. I convened the CEOs of Facebook, Twitter, and Google for a hearing on this issue and have introduced legislation to encourage the protection of free speech online.

Another proud moment this Congress was getting Medgar and Myrlie Evers’s home in Jackson established as a National Monument. I am glad his brother Charles lived to see this important recognition take place before his passing a few months ago.

Soon after the pandemic began, Congress passed the CARES Act to provide relief for families, workers, and businesses across America. This included relief checks for individuals and forgivable loans for small businesses. I helped write a section of the law that gave a critical lifeline to airlines and airports, which are vital in connecting our economy. I also worked to include a provision expanding telehealth services for Medicare patients, and I supported investing billions in vaccine research and development. Because of this crucial investment, Operation Warp Speed is developing vaccines at a record pace for distribution to the public soon.

In 2017, lawmakers recognized the need for a bigger Navy by passing my SHIPS Act, which requires the Navy to have 355 ships as soon as possible. The current Congress has made progress toward that goal by authorizing the construction of 13 new ships in 2020 and seven additional ships in pending legislation. Several of these vessels will be built by our expert shipbuilders in Mississippi.

One of the most important legacies of this Congress will be a strengthened judiciary. The Senate has confirmed 144 judges in the last two years and nearly 230 judges since President Trump took office. These include three Supreme Court justices and three judges from Mississippi. Because of the Senate’s work, more than one-quarter of all federal judges serving lifetime terms are Trump appointees. These conservative judges will help preserve our constitutional freedoms and the rule of law for decades to come.