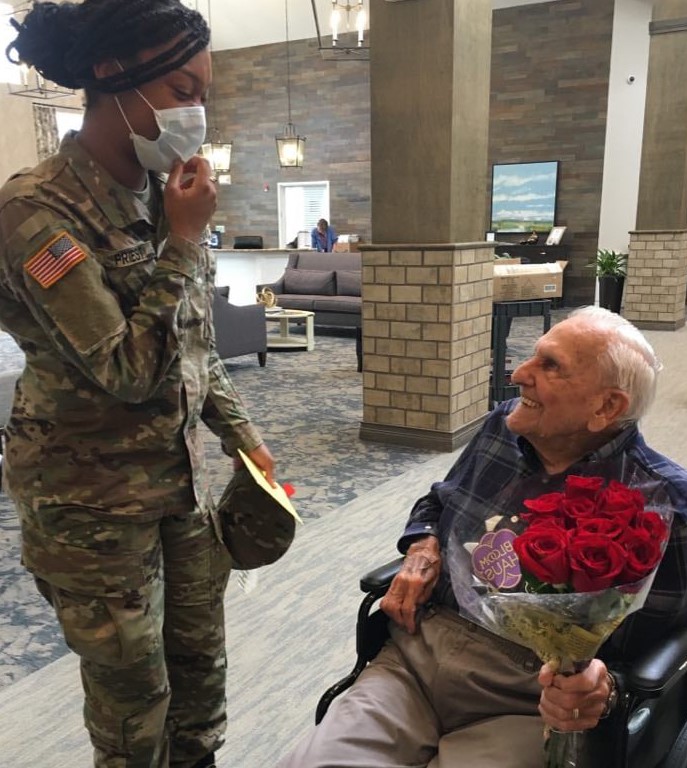 Image courtesy of the U.S. Army

Next month will mark 80 years since the bombing of Pearl Harbor, which catapulted our nation into World War II. During that conflict, 16 million young Americans answered the call of duty and served our country in arms. On September 11, 2001, America was once again attacked by an unprovoked enemy. Like their forefathers before them, thousands of young Americans responded to this attack by volunteering for the Armed Forces, serving in what became known as the War on Terror. I am proud to have family members who served in both of these wars – my father in Europe, and my son in Afghanistan.

Veterans Day reminds us of the debts we owe to all those who have defended our nation. As an Air Force veteran myself, I always enjoy meeting with veterans from across generations and exchanging stories from our time in uniform. As we honor our veterans, I invite all Mississippians to join me in thanking all of our veterans for their service.

Our nation has an obligation to help veterans transition back to civilian life, and four of our largest universities in Mississippi are taking the lead by helping student veterans. For example, Ole Miss, Jackson State, and Mississippi State each have dedicated resource centers to help student veterans get the most out of their education and find success in civilian careers. And the University of Southern Mississippi has been named the number three “Best for Vets” institution by the Military Times.

Throughout my time in Congress, I have worked to improve the quality of life for our veterans. This year I helped secure funding for the Gulfport State Veterans Home, and last month construction finally began after long delays during the pandemic. This facility is scheduled for completion in 2023 and will accommodate up to 100 veterans, provide 200 jobs, and have a $14 million impact on the local economy.

Veterans Day is also a reminder of the need to support our future veterans by strengthening today’s military. As a member of the Senate Armed Services Committee, I helped negotiate this year’s defense spending bill, which will provide more than $770 billion to meet the needs of our Armed Forces. These investments are essential to confronting China and Russia, which have grown more aggressive since President Biden’s chaotic withdrawal from Afghanistan.

This bill would improve life for our service members and their families by giving them a 2.7 percent pay raise. It would also improve military health care, expand employment opportunities for military spouses, provide service members with bereavement leave, and make sure military families have access to high-quality housing.

Unfortunately, Democrats are holding up this all-important legislation in the Senate. I am urging them to end their obstruction so that our military can have the resources it needs to protect our nation. I am also standing with our troops who have refused out of conscience to receive the COVID-19 vaccine. I am now cosponsoring legislation to ensure these individuals receive an honorable discharge if the President’s mandate forces them out of the military. Our government must never break faith with the men and women who have sacrificed so much to serve our nation in uniform.

Auditor arrests two in Hinds County: One indicted for fraud, the other for embezzlement