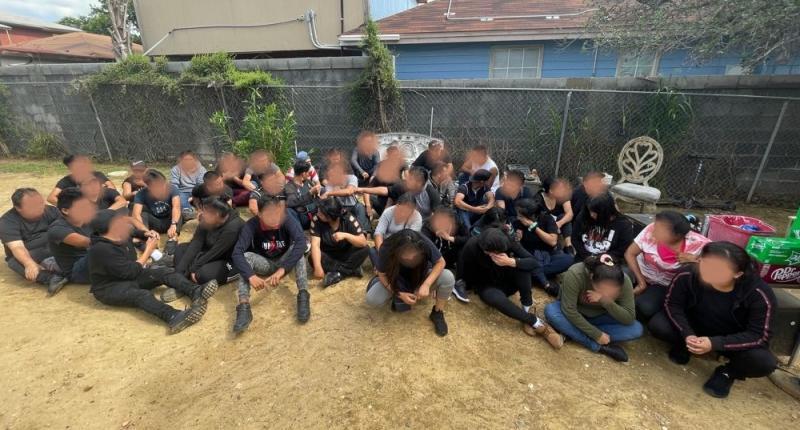 Image courtesy of the U.S. Customs and Border Patrol

The following op-ed was submitted by Senator Roger Wicker

President Biden’s decision to continue ignoring our southern border has allowed an already-chaotic situation to grow worse. This past week, Texas faced yet another wave of illegal immigration as some 15,000 migrants, mostly from Haiti, crossed into Del Rio, Texas. Aerial images showed scores of men, women, and children wading across the river into U.S. territory, where they had set up a makeshift camp under a highway bridge. U.S. Border Patrol was overwhelmed and relied on help from Texas law enforcement and National Guard troops, who were able to create a steel barrier by lining up their vehicles in a row – a move the Governor described as “unprecedented.”

The Biden Administration knew this wave of migrants was coming, yet failed to prepare. As early as June, the National Border Patrol Council had warned the Administration about an influx of migrants headed for Del Rio and offered plans to respond, which were rejected. Now, those migrants are here. Even as some are being deported, thousands more are being released into the U.S. and being told to report to a judge – meaning they will likely never be seen again. This will only encourage more migrants to make the dangerous trek toward our border. Indeed, officials in Panama say they expect an additional 80,000 migrants to pass through their country heading to America by the end of this year. We cannot afford to let this endless cycle of disorder continue.

There is no question that President Biden bears responsibility for the current crisis. Since Mr. Biden took office, border apprehensions have increased by nearly 500 percent, suggesting there has been a similar surge in border crossers who have managed to escape arrest. We are on track for two million apprehensions this year – four times the annual average since 2010. Border officials have also seized record amounts of fentanyl, and traffickers are making $14 million a day smuggling migrants across our border. President Biden invited these trends by reversing core Trump policies that were working – for example, by ending asylum agreements with key Central American countries and halting construction of the border wall. He also made Haitian refugees once again eligible for asylum, paving the way for the latest border surge. Mr. Biden prompted this crisis and has a duty to fix it.

States Forced to Secure Our Borders

In the absence of presidential leadership, states have had no choice but to secure the border on their own. Texas is planning to spend an extra $3 billion on border security next year, and multiple states have sent National Guard troops to Texas and Arizona. But states are not letting President Biden off the hook for evading his responsibilities. This past week, 26 governors, including Mississippi Governor Tate Reeves, requested a meeting with the President citing the need for “immediate action” on the border.

Unfortunately, powerful members of President Biden’s party do not seem interested in solving the problem. In July, House Democrats approved a bill that would strip $960 million from U.S. Customs and Border Protection while ending all funding for the border wall. Congressional Democrats even tried to include a sweeping amnesty measure in their upcoming reckless tax-and-spending bill, which was ruled out of order in Senate proceedings. These priorities show a basic unwillingness to protect law and order and our national sovereignty. As a Senator, Mr. Biden once supported building a border wall, and he needs to push this debate in a positive direction. Unfortunately, he is listening to the most unreasonable voices in his party who seem content with a permanent border crisis.

SNAP recipients will see 21% increase in benefits on October 1