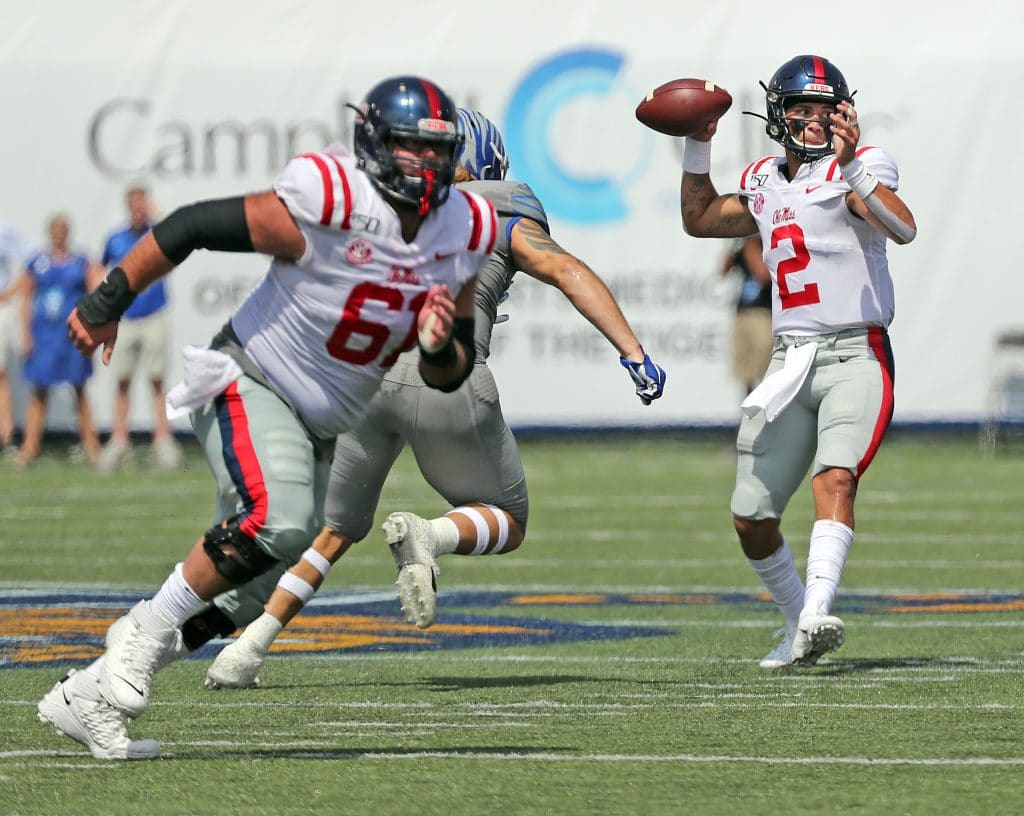 Ole Miss will play in its first bowl game since 2016 tomorrow, and it won’t be easy as the Rebels will face the No. 11 Indiana Hoosiers—one of the highest ranked teams to ever make the Outback Bowl.

After starting the season 1-4, the Rebels had a pretty good tail end of the 2020 season, finishing 3-1 with that one loss coming in a 53-48 heartbreaker to LSU.

Indiana, on the other hand, is one of the feel-good stories of this year’s college football season, as head coach Tom Allen has led the Hoosiers to one of their best seasons in program history. Sitting at 6-1, it was Indiana’s second winning season in the last 13 years, plus their defense, led by Mississippian Kane Wommack, has been absolutely phenomenal.

The Ole Miss defense has been the opposite of that. The Rebels, who are giving up more than 40 points per game, stand at 127 out of 127 teams in terms of total defense.

Nevertheless, Ole Miss can score. Often and quick, to say the least. Posting around 35 points per game, the Rebels have the third-best offense in the nation. Led by sophomore quarterback Matt Corral (3,464 total yards, 31 touchdowns), the team averages an incredible 562.4 yards per game.

Indiana’s offense is not even in the same ballpark as the one Lane Kiffin brought to Oxford. Standing at 94th in the nation, the Hoosiers put up 358.1 yards per game during the regular season. On top of that, they’ll be without starting quarterback Michael Penix, Jr. (1,670 total yards, 16 touchdowns) after the veteran signal caller suffered a season-ending ACL tear against Maryland on November 30.

Jack Tuttle, a transfer from Utah and Penix’s replacement, didn’t look bad in Indiana’s 14-6 win over Wisconsin last week, however, as you can gather from the score, it wasn’t a very offensively explosive game.

Tuttle and company—which includes Ty Fryfogle (687 yards, 7 touchdowns) and Whop Philyor (414 yards, 3 touchdowns)—will be able to put up points on the Rebels. I mean anybody could.

Expect a high-scoring game tomorrow, but also expect the wildness to continue for the Rebels. Even with the opt-outs of leading receivers Elijah Moore and Kenny Yeboah, Ole Miss will win in a shootout.