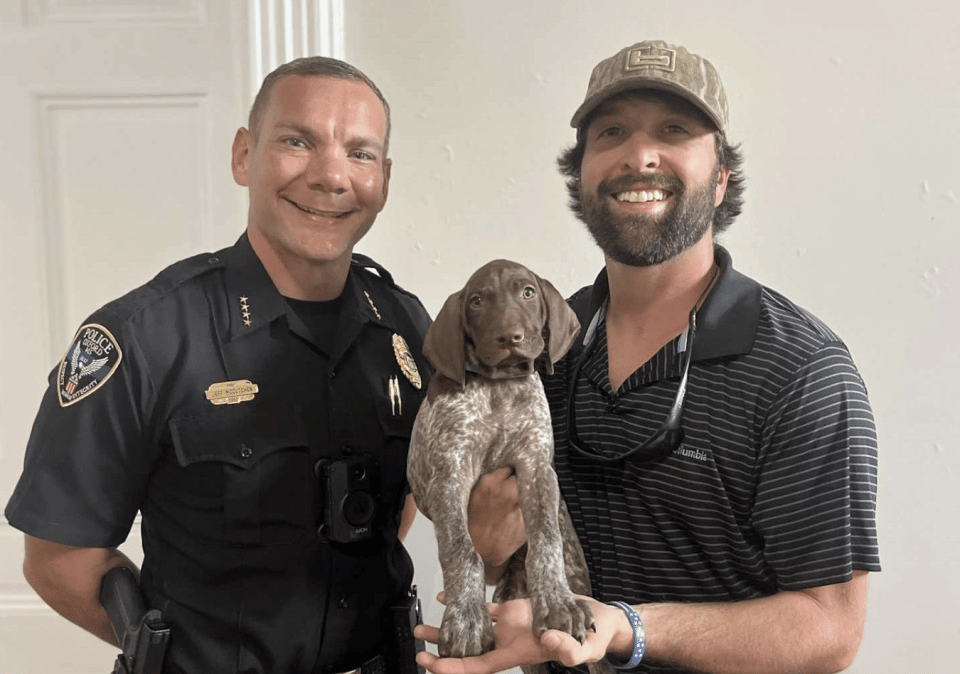 The Oxford Police Department has added a new furry friend to its K-9 unit.

During the City of Oxford’s budget sessions in July, OPD Chief Jeff McCutchen announced that modifications were made to the K-9 supplies budget to add at least one more police dog.

In August, the Oxford Board of Alderman approved the donation of a German Shorthaired Pointer puppy from Haven Scent Shorthairs Kennel for the benefit of the Oxford Police Department — a donation valued at $1,200.

According to Bailey, Jeremy Smith, an employee with Haven Scent, explained the kennel operations and how there were plans for a dog to be trained to scent drugs and controlled substances. This led to a connection between the breeder and the police department.

When the dog was presented to the Board of Alderman, it was announced that he was named “Elko” after Ole Miss baseball captain Tim Elko.

“Elko. I love it,” said Oxford Mayor Robyn Tannehill. “Tim would be proud.”

Thank you to Jeremy Smith of Heaven Scent Shorthairs for donating Elko to serve & protect the Oxford community.