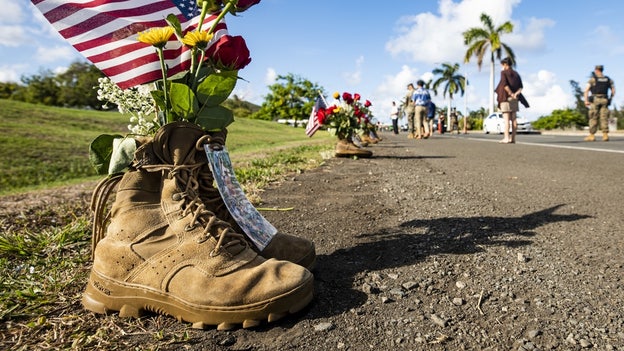 The resolutions were introduced in response to the failure of these individuals to fulfill their oath of office. This failure resulted in the condemnation of the United States by our allies, a diminished standing on the international stage, the Taliban armed with billions of taxpayer dollars worth of United States military equipment, and the tragic and unnecessary death of thirteen American service members.

“These individuals swore an oath to protect our country against enemies foreign and domestic. Their responsibility in allowing terror to overwhelm Afghanistan has clearly shown that they have failed to live up to that oath.

“It remains unclear to us if the President acted against the recommendations of his most senior leaders, or if the leaders planted this dangerous strategy in his mind. What is clear to me is if the leaders of our Department of Defense believed in their best military judgment that this abandonment of the Afghan people and American citizens was the appropriate course of action, they are incapable of the leadership that the American people deserve and need to step down from their posts immediately,” said Palazzo.

In response to the great tragedy that struck the families of the thirteen heroes murdered by terrorists while serving in Afghanistan on August 26th, Congressman Palazzo co-sponsored a bill to posthumously award each service member the Congressional Gold Medal for their extreme bravery and valor.

“The heroes whose lives were taken by a terrorist attack in Kabul deserved more from their leadership in the White House and should never have been taken from their families. This bill is a small token of appreciation for their dedication to protecting Americans fleeing the dangers of the Taliban. I will continue fighting in Congress for our Gold Star Families and our nation’s veterans,” Palazzo concluded.