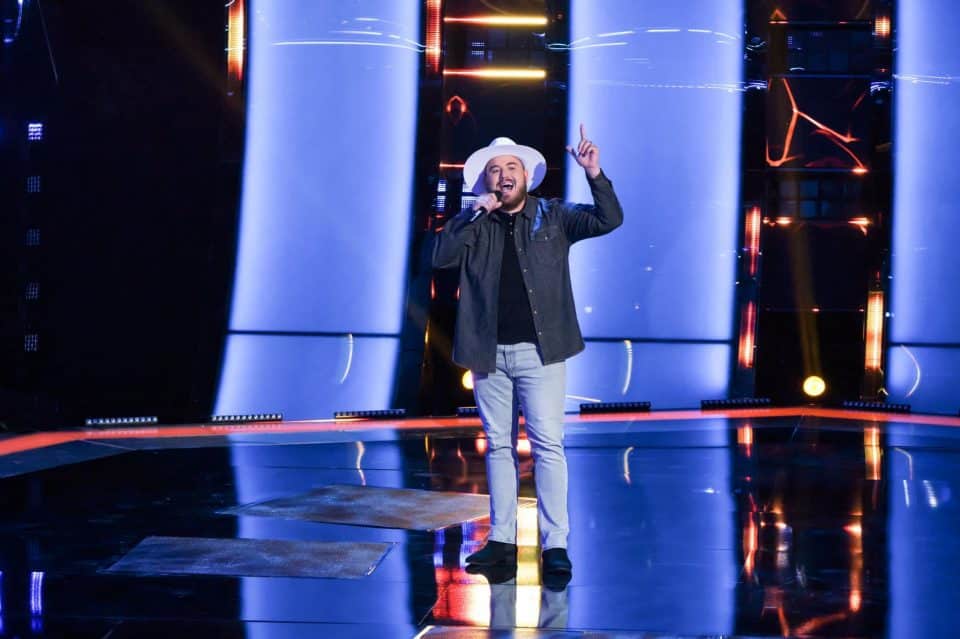 Cleveland resident Peyton Aldridge has advanced to the next round in the 22nd season of The Voice after grabbing the attention of judges during his cover of “Can’t You See” by The Marshall Tucker Band.

Legend was the first to turn his chair for Aldridge, even using his only block button of the season to prevent country music star Blake Shelton from selecting the singer. At the end of his audition, Aldridge selected Legend as his coach for the duration of the competition.

“Whoever turned that chair first, that’s who I’m going with,” Aldridge explained during an interview on Good Things with Rebecca Turner. “I wanted Blake Shelton, of course. What country guy doesn’t want Blake Shelton?”

Aldridge continued, stating that he didn’t know Legend had blocked Shelton from selecting the singer during his performance.

“It’s kind of funny because John turned and then literally I saw Blake turn, but I didn’t even know Blake was blocked because I was so out of it. I just saw that chair turn and I was like ‘Oh my God, I got Blake Shelton,” but then, at the very end, I realized he was blocked,” Aldridge said.

The next episode of The Voice airs Tuesday at 7:00 p.m. CT on NBC. The full interview with Aldridge can be watched below.