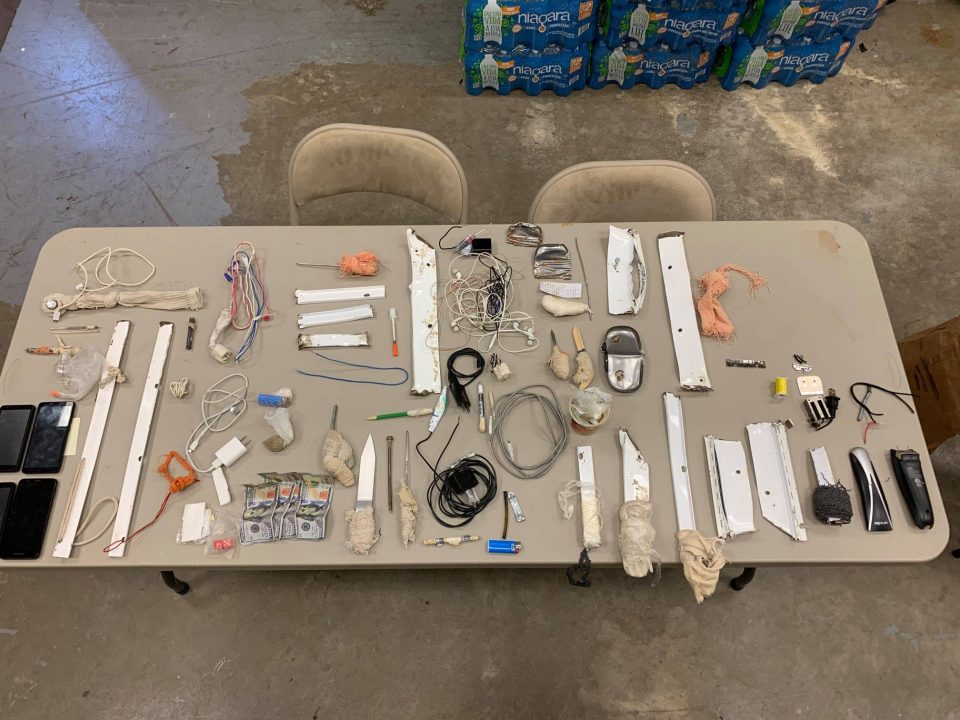 During the shakedown, four cell phones, multiple phone chargers, several shanks, multiple items that could be used as weapons, and other contraband were found.