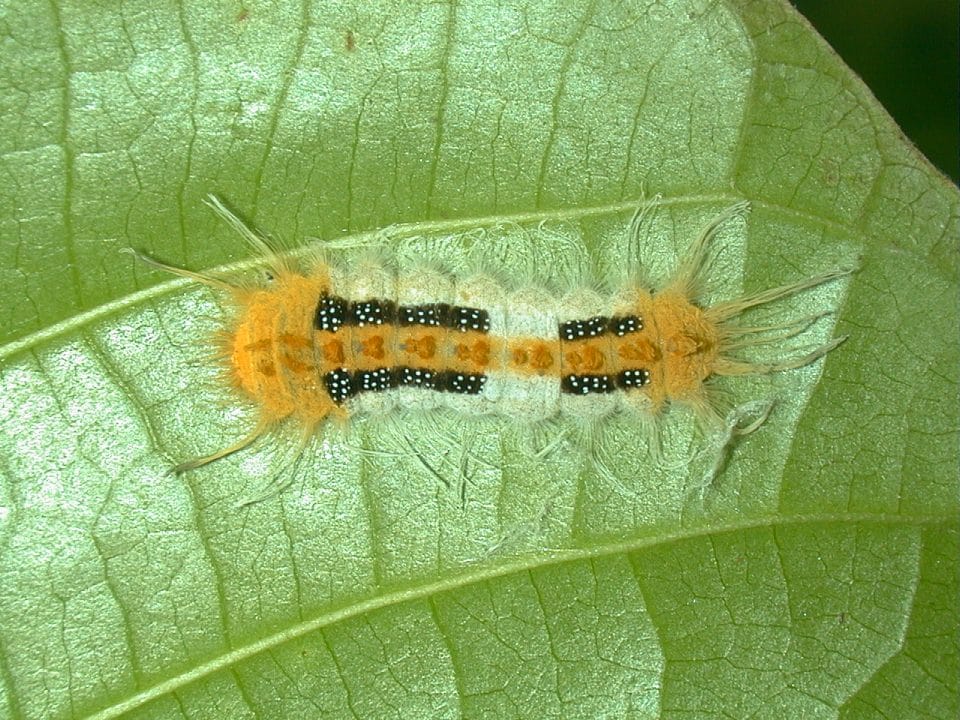 U.S. Customs and Border Protection Agriculture Specialists discovered a butterfly larvae pest, informally known as the Saunders 1850, while inspecting a container of pineapples from Costa Rica.

The larvae was discovered while conducting inspections at the Port of Gulfport on Wednesday, September 2. Due to the potential impact to US Agriculture, the shipment of pineapples, worth $15,000, was destroyed.

The United States Department of Agriculture, Animal and Plant Health Inspection Service officially identified the larvae as Ancyluris jurgensenii jurgensenii (Saunders, 1850) (Riodinidae) a reportable and actionable pest as well as a first in the nation find. Larvae of the Riodinidae or Metalmark family have been known to feed on many plants i.e., pineapples, legumes, sunflowers, and ginger. Their typical habitat is Amazonian tropical rainforest. Their taxon name of Saunders 1850 comes from William Saunders, a British insurance broker, entomologist and botanist who died in 1879.

“These butterflies, while they may be attractive to the eye, have no place in the Gulf Coast or United States and their introduction could lead to unpredictable results in our ecosystem,” said Anthony Acrey, Area Port Director of Mobile. “This interception illustrates one of the many hats CBP wears and highlights the diligent work CBP agriculture specialists do on a daily basis to fulfill CBP’s agriculture mission, which is vital in preventing foreign pests from establishing in the United States.  Pests that are not known to occur in the U.S. may be detrimental to the nation’s agriculture industry.

CBP agriculture specialists have extensive training and experience in the biological sciences and in agricultural inspection. They inspect tens of thousands of international air passengers and air and sea cargo being imported to the United States.”

During a typical day last year, CBP agriculture specialists across the nation seized 3,091 prohibited plant, meat, animal byproducts, and soil, and intercepted 250 insect pests at U.S. ports of entry. Learn more about what CBP accomplished during “A Typical Day” in 2020.

CBP’s border security mission is led at ports of entry by CBP officers from the Office of Field Operations. CBP officers screen international travelers and cargo and search for illicit narcotics, unreported currency, weapons, counterfeit consumer goods, prohibited agriculture, and other illicit products that could potentially harm the American public, U.S. businesses, and our nation’s safety and economic vitality.

These seizures took place within the New Orleans Field Office, which covers ports of entry throughout the states of Louisiana, Mississippi, Alabama, Arkansas and Tennessee.

Mike in the Morning: What is “on the line” this weekend in the SEC?