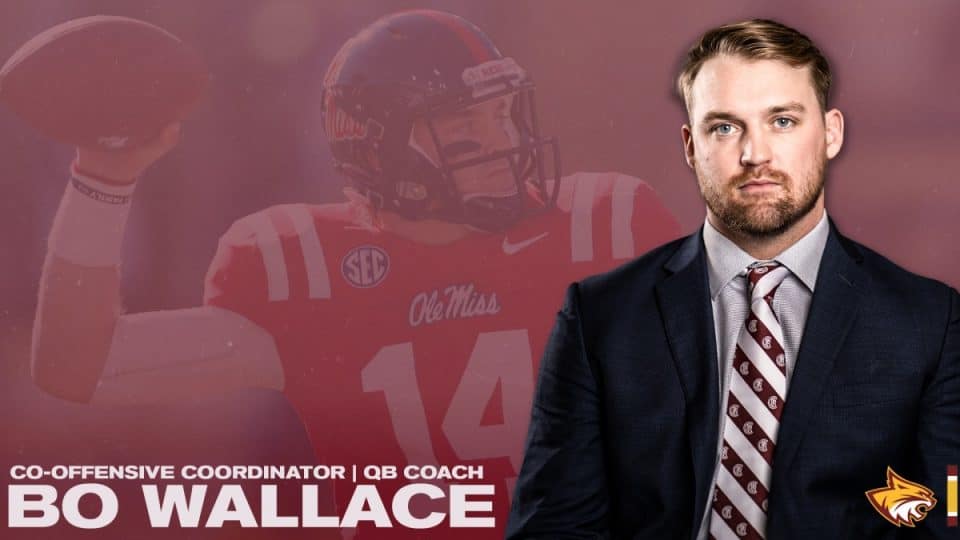 After a tough 2020 season, the Pearl River Community College Wildcats are bringing in a coach from within the MACJC to lead their offense this next season.

It was announced on Wednesday afternoon by PRCC head coach Seth Smith that Bo Wallace has been lured away from cross-conference foe Coahoma Community College in order to serve as the team’s co-offensive coordinator and quarterbacks coach.

“We are extremely excited about the opportunity to work with Coach Wallace. He’s a guy who has coached and played at a high level,” Smith said. “After meeting with him for about five and a half hours, it was clear that his energy, enthusiasm, and content knowledge would be a tremendous asset to our staff and our team.”

Wallace, a former NJCAA Offensive Player of the Year at East Mississippi Community College before moving into a starting role under Hugh Freeze at Ole Miss, echoed similar remarks about Smith when asked what made him want to join the staff at PRCC.

“I think my first impression of him was the energy that he brought. As soon as I shook his hand, I knew it was a different type of energy, an energy that I wanted to be around,” Wallace said. “Also, [in] meeting him, I think he can grow me as a person, and that’s something I always want to do is just constantly grow and I feel like to go where I want to go, that’s a guy I need to be around.”

In his most recent stop as a coach, Wallace led CCC to a 3-2 record—the same amount of wins they had in the three previous seasons combined—and 396.2 yards per game, and now, Smith hopes Wallace can ignite a PRCC offense that averaged 23.5 points per game in 2020.

T&L Extra: Jason Caldwell of Inside the Auburn Tigers