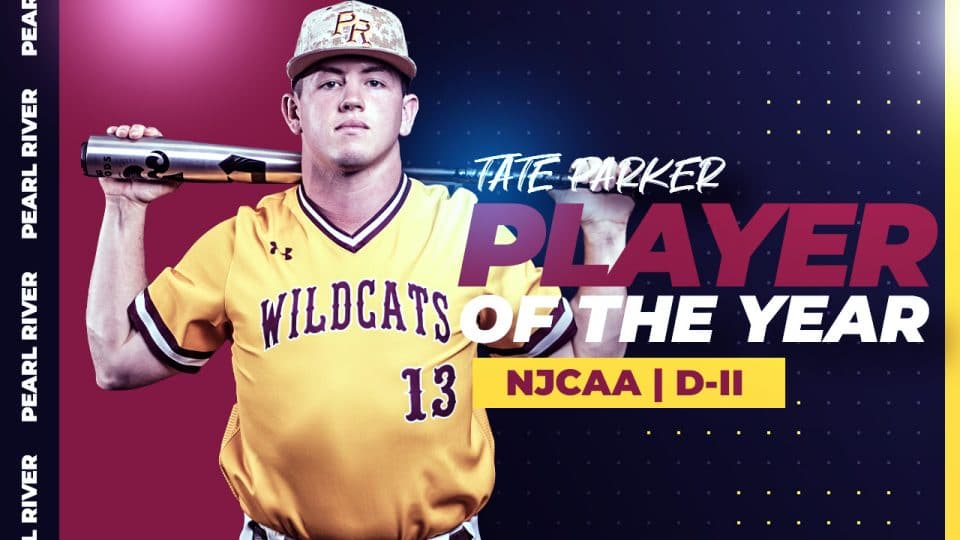 Parker, a sophomore from Gulfport, helped lead the Wildcats to the program’s first-ever national championship, batting .450 with 19 home runs and 65 RBIs. He ranked top five in the nation in hits, runs, home runs, and total bases.

“When I look back at Tate’s time here, what stands out to me is just the impact he had on our program for two years,” PRCC coach Michael Avalon said. “He was the missing piece to take our program to the next level. If you look at all great teams in history, they have a great leader and player at the top and that was Tate for us the last two years. Tate can just flat out hit. Over the past two years, Tate led one of the toughest conferences in the country in average, home runs and RBIs. Not only did he excel at the plate, he was elite in all facets of his game; he played phenomenal defense in center field and made an impact running the bases. He’s a true five-tool player.”

Parker will continue his career for Scott Berry at Southern Miss, who was just two wins away from the College World Series this past season.