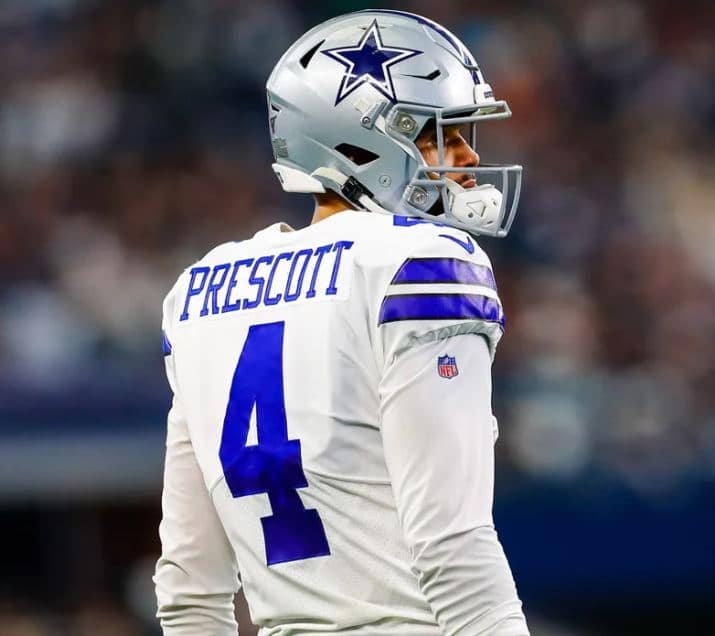 Image courtesy of the Dallas Cowboys

Dak Prescott will forever be one of the most beloved figures to ever come through Starkville. The former Mississippi State and current Dallas Cowboys quarterback’s popularity continues to soar nationwide as well, as evidenced by the recently-released NFL Players Association (NFLPA) Top 50 Player Sales List.

Prescott ranks third among all NFL players in officially licensed products sold from March 1 through May 31 of this year. Only Tampa Bay Buccaneers quarterback Tom Brady and Kansas City Chiefs signal caller Patrick Mahomes II sat ahead of Prescott.

The rankings were compiled looking at NFL player products sold from online and traditional retail outlets as reported by over 75 NFLPA licensees. Licensed products sold and tracked included items such as jerseys, T-shirts, hoodies, bobbleheads, figurines, wall decals, photos, pennants and much, much more.

Prescott’s position in the rankings were heavily influenced by his high standing in multiple categories. He sits near the top of the rankings in sales of jerseys, Fathead wall decals and cutouts, as well as figurines and squishy toys from Party Animal.

Prescott products should continue to be in high demand throughout 2021. It’ll be his sixth season with the Cowboys and first since signing a four-year, $160 million contract with Dallas back in March. Along with becoming one of the NFL’s highest-paid players, Prescott has also already amassed numerous other career achievements, including being the NFL’s Offensive Rookie of the Year back in 2016 and getting selected to the Pro Bowl on two separate occasions.