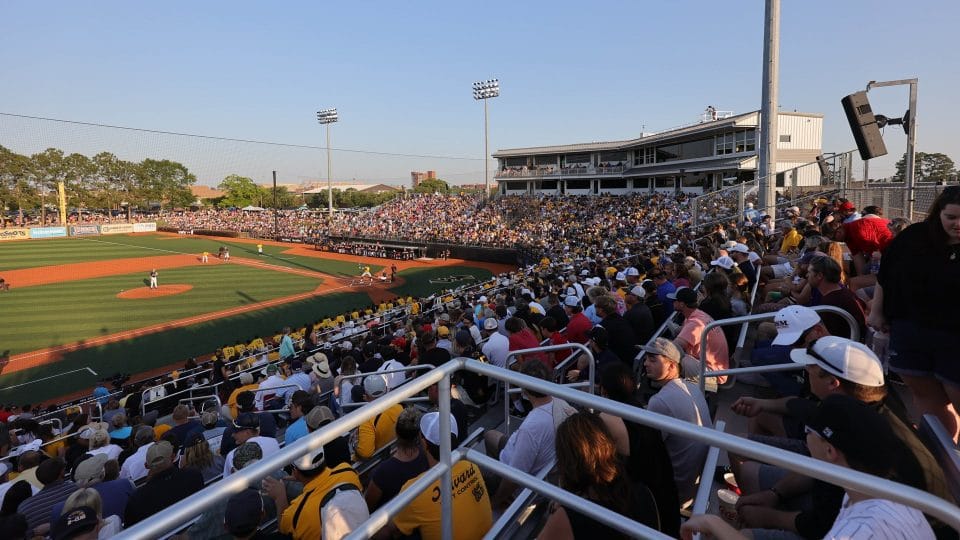 The road to Omaha begins this weekend for a couple of Mississippi teams.

While Southern Miss eased into the tournament as a regional host, Ole Miss barely squeezed in as one of the last teams selected.

Nevertheless, the Rebels are in. And even though D1Baseball’s Kendall Rogers doesn’t believe the Rebels deserve to be in the 64-team field, he says they have a chance to win the Coral Gables (Fla.) Regional.

“At the end of the day, should they have been in over NC State? Absolutely not,” Rogers said in a recent appearance on SportsTalk Mississippi. “Honestly, I would not be remotely shocked if Ole Miss wins this regional.”

If the weather allows, the Rebels (32-22, 14-16 SEC) will take on Arizona (37-23, 16-14 PAC-12) at 3:00 p.m. CT on Saturday. As of Friday morning, there was an 80 percent chance that a disturbance set to organize in the Gulf of Mexico on Friday and Saturday will strengthen into a tropical depression and potentially a hurricane heading straight for South Florida.

As for Southern Miss, Rogers said the Golden Eagles “did not get an easy draw” with LSU, Kennesaw State, and Army, but if they hit the ball well, that offense combined with one of the most proficient pitching staffs in the nation can be enough to make it to their second straight super regional.

“A lot of the games they’ve lost this year, it’s been in games that their offense has been nonexistent,” Rogers explained. “When you’re going against LSU, whether you have Hunter Riggins, Tanner Hall, or Christian Waldrep on the mound, you have got to hit the ball because LSU is going to score runs.”

The full interview with Rogers can be watched below: