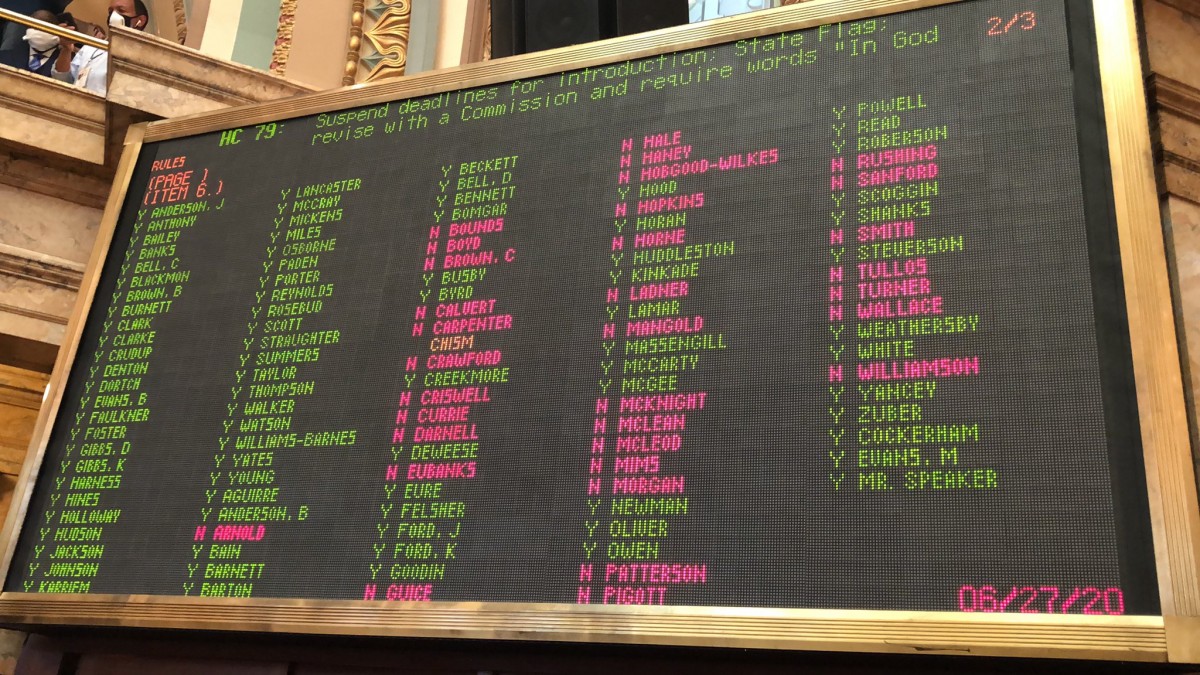 The roll call for the vote on HCR 79. Photo courtesy of MS StateWatch

The roll call for the vote on HCR 79. Photo courtesy of MS Statewatch

The Mississippi House of Representatives has cleared the first monumental hurdle in the process of changing the controversial state flag.

After the House Rules Committee sent HCR 79 to the floor during their second meeting of the day, the full chamber voted 85-34 to suspend the rules with the intention of removing the state flag that has continued to cause division across the state.

During the introduction of the resolution, Rep. Jason White explained that the forthcoming bill would remove the current state flag immediately and establish a commission to design a new state flag with two stipulations – no Confederate battle emblem and it must include the phrase ‘In God We Trust.’

The resolution will now be sent over to the Senate for consideration, where it must reach the same 2/3 threshold in order to suspend the rules. If the votes are there, the rules will officially be suspended and the flag-changing bill can be introduced. That bill would then follow the traditional legislative process, meaning that the bill would only require a simple majority in each chamber.

Stay tuned to News Mississippi for the latest updates to this developing story.