Lewis, 31, was arrested around 2 p.m. today without incident in Fulton and will be returned to prison. He was located by law enforcement officers with the Itawamba County Sheriff’s Office and the Fulton Police Department and agents with the Mississippi Department of Corrections’ Special Response Team. 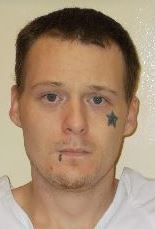 Lewis, #144048, went missing around 1:05 p.m. Thursday from a job site in Clarksdale. He was originally sentenced to 20 years in prison and five years’ probation on Feb. 19, 2010, in Lee County for conspiracy to commit a crime and malicious mischief.