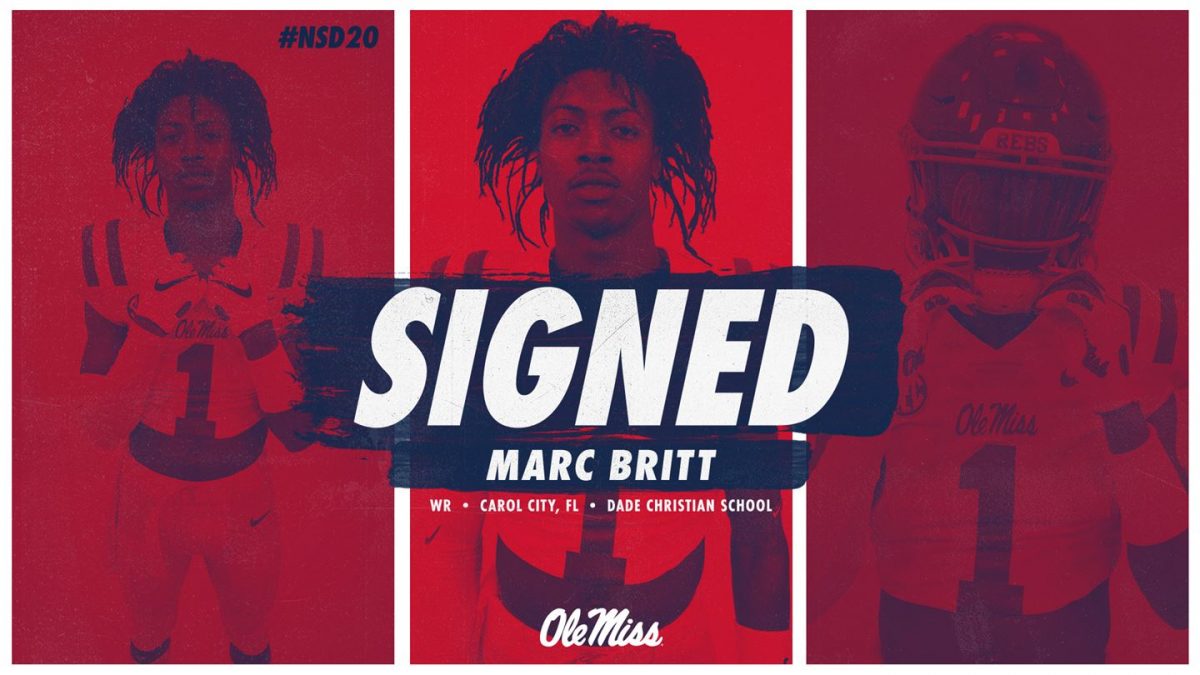 Ole Miss has made a late official addition to its 2020 recruiting class.

Marc Britt, a 4-star recruit who committed to the Rebels back in February, will be able to join the team this summer, according to the Ole Miss Athletics.

OFFICIAL | 4️⃣⭐️ WR @Marcbritt_p6 has signed and is set to join team this summer. #HottyToddy 🔵🔴

While Britt is listed as a wide receiver by 24/7 Sports and a safety by Rivals, the announcement from Ole Miss signifies that the Miami native will line up WR when he arrives in Oxford.

In his senior year of high school at Dade Christian School in Miami, the 6’2 WR caught 15 touchdowns while racking up over 1,350 yards. He also had four INTs on the defensive side of the ball.

On National Signing Day back in February, Britt flipped his commitment from Florida to Ole Miss.

Junior Elijah Moore will lead an otherwise young Rebel receiving core in 2020 as new head coach Lane Kiffin and the Rebels attempt to fix what was an almost non-existent passing attack in 2019.