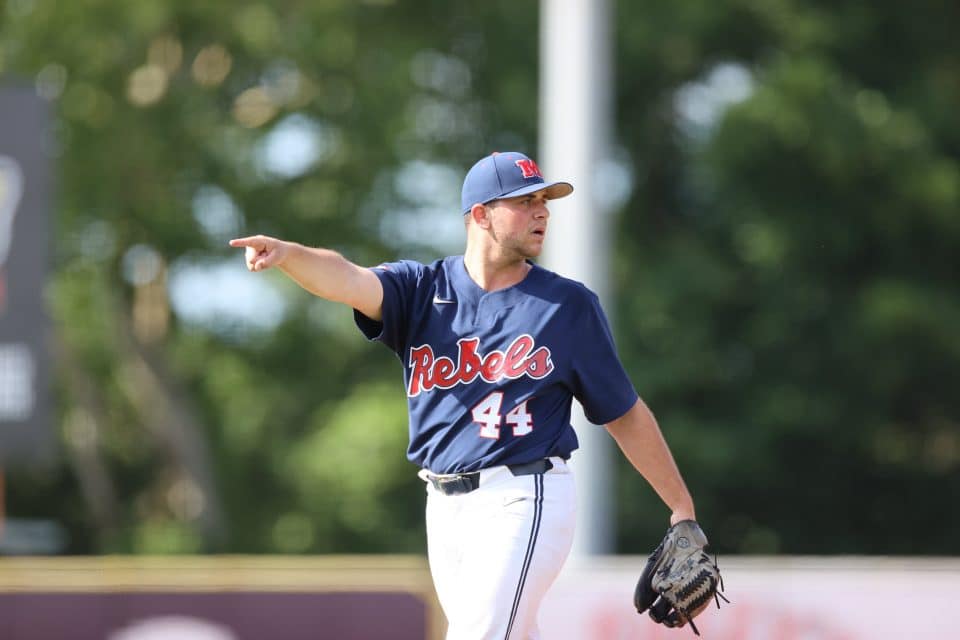 Game one of the Hattiesburg Super Regional is in the books as Ole Miss defeated Southern Miss 10-0.

An impressive start by Southern Miss’ Hurston Waldrep and Ole Miss’ Dylan DeLucia gave the impression that a pitcher’s duel was underway.

Although Waldrep set a school record with 12 strikeouts in an NCAA Tournament game, it would not be enough to keep the Rebels off the board.

Ole Miss’s offense was kickstarted in the top of the third inning by an RBI single hit by captain Tim Elko, which Kemp Alderman followed up with a sacrifice fly that scored Jacob Gonzalez, giving the Rebels a 2-0 lead.

In the bottom of the fifth inning, the Golden Eagles finally seemed to be getting to DeLucia as they attempted a two-out rally by loading the bases. A ball hit by outfielder Reece Ewing was the subject of controversy as the video replay seemed inconclusive in determining whether it was a foul ball or a grand slam, which would have given Southern Miss the lead. The initial ruling of a foul ball was upheld by the officials, and DeLucia proceeded to strike Ewing out.

The Rebels landed a lethal death punch in the top of the sixth inning by adding seven runs to the board. Southern Miss was unable to respond with any form of offensive production.

After over five shutout innings, nine strikeouts, and leading OleMiss to its first shutout win of the season, Dylan DeLucia was credited with the win. Southern Miss Head Coach Scott Berry had kind words to offer regarding DeLucia after the game.

“He’s stepped up for them. They scrambled throughout the year, and they were trying to find the combination. That young man gave them the opportunity there and he hasn’t missed on it,” Berry said.

Both teams are set to face off in a rematch tomorrow at 3 p.m.

Ole Miss and AT&T partnering to expand MOST conference