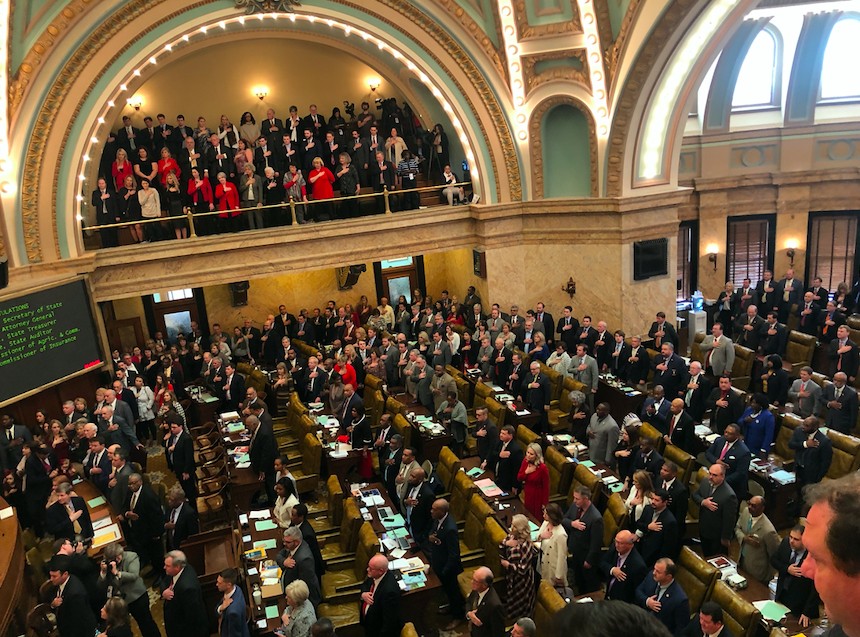 Today was the day that the elected statewide officials were sworn into office.

The House started by holding a quick session passing the Teacher Pay Deficit bill where some teachers across the state were coded wrong and did not get the correct pay raise.

This was passed with a 121 yes vote to make the changes needed and increase the around 49,000 teachers in Mississippi payscale.

The Representatives then adjourned until tomorrow, January 10th at 9:00 AM.

The swearing-in of the officials then took place.

First, the House voted on the State Librarian to be elected.  Representative Hill nominated Steven Parks, who was then voted to be the next State Librarian.

The Mississippi Supreme Court Chief Justice Michael K. Randolph was brought in to swear in the following officials:

Michael Watson as Secretary of State who was the Senator for Mississippi District 51 and served there for 3 terms.

Lynn Fitch as Attorney General who previously was State Treasurer. Fitch is also the first female to serve as Mississippi’s top legal officer and the first Republican in that position after succeeding Democrat, Jim Hood.

David McRae was sworn in as State Treasurer. McRae previously worked as a manager of his family’s business.

Shad White is the State Auditor who was re-elected to this position. As well as Andy Gipson as the Agriculture Commissioner.  Both were sworn in by Governor Phil Bryant during the last term and will begin a new four-year term.

Mike Chaney was sworn in for a fourth term as the State Insurance Commissioner.

Last but not least, Lt. Governor Delbert Hosemann was sworn into office after serving as Mississippi’s Secretary of State for three terms.  Hosemann said after being sworn in that he is ready to work with lawmakers to improve education, produce pay raises for state employees and also address issues happening in the prisons across the state.

This was 7 out of 8 of the statewide offices sworn in today and the next will be Governor-elect Tate Reeves on January 14th.