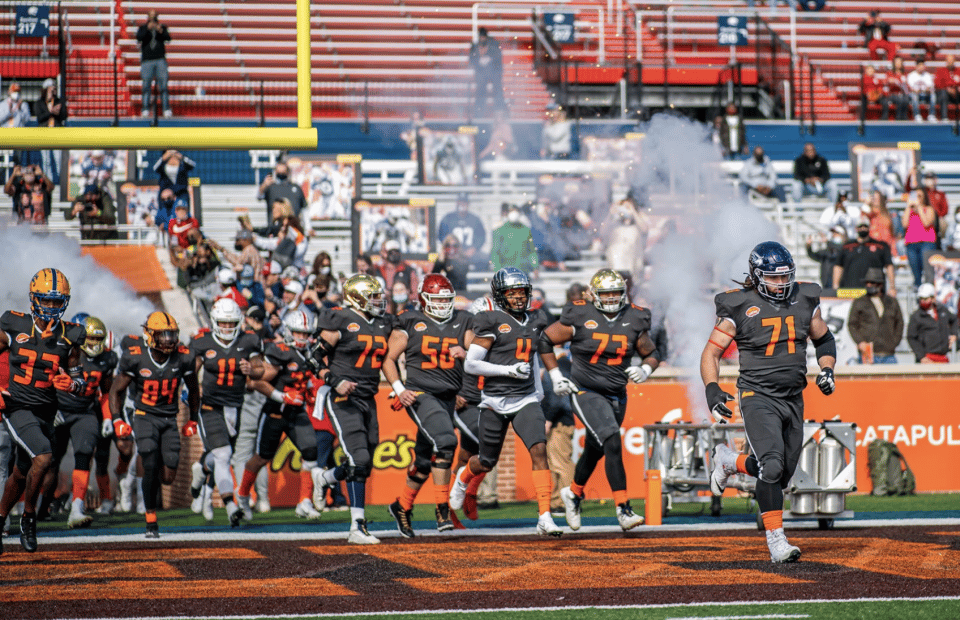 Sixteen players from Mississippi universities have been named to the 10th Annual Reese’s Senior Bowl Watchlist.

Ole Miss led the way with nine selections. Nick Broeker and Mason Brooks were selected from the offensive line, which is expected to be one of the best in the Southeastern Conference. Wide receivers Jonathan Mingo, Jalen Knox, and Jaylon Robinson were also selected. From the defensive side of the ball, cornerback Miles Battle, linebacker Troy Brown, safety A.J. Finley, and edge Tavius Robinson will represent the Rebels.

Three Mississippi State players were selected, all from the defensive side of the ball: defensive linemen Jaden Crumedy Cameron Young, as well as linebacker Tyrus Wheat.

Coming off a draft in which 10 FCS players who were featured in the 2022 Senior Bowl were selected, Jackson State had four players named to the watchlist. Linebacker Aubrey Miller, Jr., cornerback and kick returner Isaiah Bolden, safety John Huggins, and wide receiver Shane Hooks were the Tigers who made the cut.

While no players from Southern Miss, Alcorn State, or Mississippi Valley State were named to the watch list, Senior Bowl officials say that tape is the most critical criteria when it comes to the selection process for the actual teams that will play on February 4, 2023 in Mobile, Ala. All seniors will be re-evaluated as the season goes on.

Your Mississippi forecast for Thursday, August 25