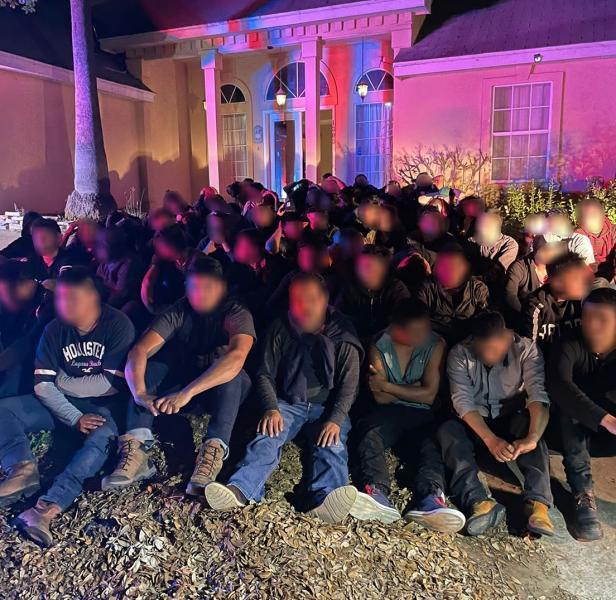 Image: Within hours of each other on Tuesday, US Border Patrol Laredo Sector agents and law enforcement partners shut down three stash houses and apprehended over 180 undocumented individuals throughout the City of Laredo.

Governor Tate Reeves is one of 20 Republican governors from across the nation who are urging President Joe Biden and Vice President Kamala Harris to “take action on the crisis at the southern border immediately.”

In a joint letter to Biden and Harris, the group stated that the border is “neither closed nor secure.”

Click here to read the letter in its entirety.

This comes as U.S. Customs and Border Protection reports that over 178 illegal migrants were caught trying to cross the southern border in April — the highest one-month total in 20 years.

In April, CBP encountered over 178,000 persons attempting entry along the SW border. This FY, CBP has already had over 749,600 encounters.

The report points to the continued escalation of a crisis the governors call “unacceptable.”

The state leaders pointed out that while “HHS is calling on states to identify housing locations,” the administration is simultaneously “circumventing them by working with NGOs (non-governmental organizations) and private organizations to house them.”

“The cause of the border crisis is entirely due to reckless federal policy reversals executed within your first 100 days in office,” the governors wrote. “While the most direct victims of the policy changes will be the children exploited and trafficked by gangs and cartels, the disastrous impact of your policies on America’s recovery will be far-reaching.”

How pharmacy benefit managers factor into the Centene investigation in Mississippi