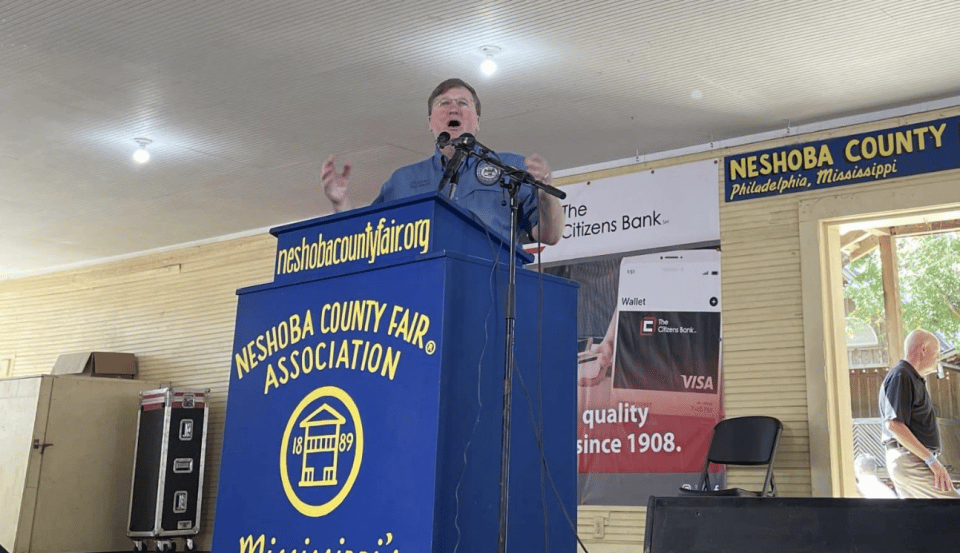 Claiming that he isn’t well known for his speeches but rather his expertise is in numbers, Reeves mostly focused on state rankings, specifically 23rd and 10th.

“You may ask yourself, ‘Why is that so important?’ Because, the first three grades teach kids the fundamentals of math, and if kids don’t get those fundamentals before the fourth grade, they are not likely to catch up,” Reeves said, adding that the rankings are perfect proof of why Mississippi teachers deserved a recent pay raise. “We now lead the nation in 10-year gains in fourth-grade math and fourth-grade reading.”

Reeves then moved along to Mississippi being ranked the 10th best state in terms of post-pandemic economic recovery. The first-term governor credited the state’s refusal to fully shut down its economy during the peak of COVID-19.

“We didn’t lock down. We went to work, and because of that, our recent unemployment rate hit its lowest level in our state’s history and investment dollars are flowing in,” Reeves said. “Our economy is thriving and jobs are plentiful. In fact, there was a time in our state — and really across this country — when there were a lot of people looking for jobs. But now in Mississippi, we have a lot of jobs out looking for people.”

While Mississippi has made educational and economic advances in recent years, Reeves failed to mention that the state is still ranked near last in areas such as healthcare, infrastructure, and opportunity.

On this day in history, Mississippi’s hottest temperature was recorded

What are the odds of actually winning the Mega Millions jackpot?