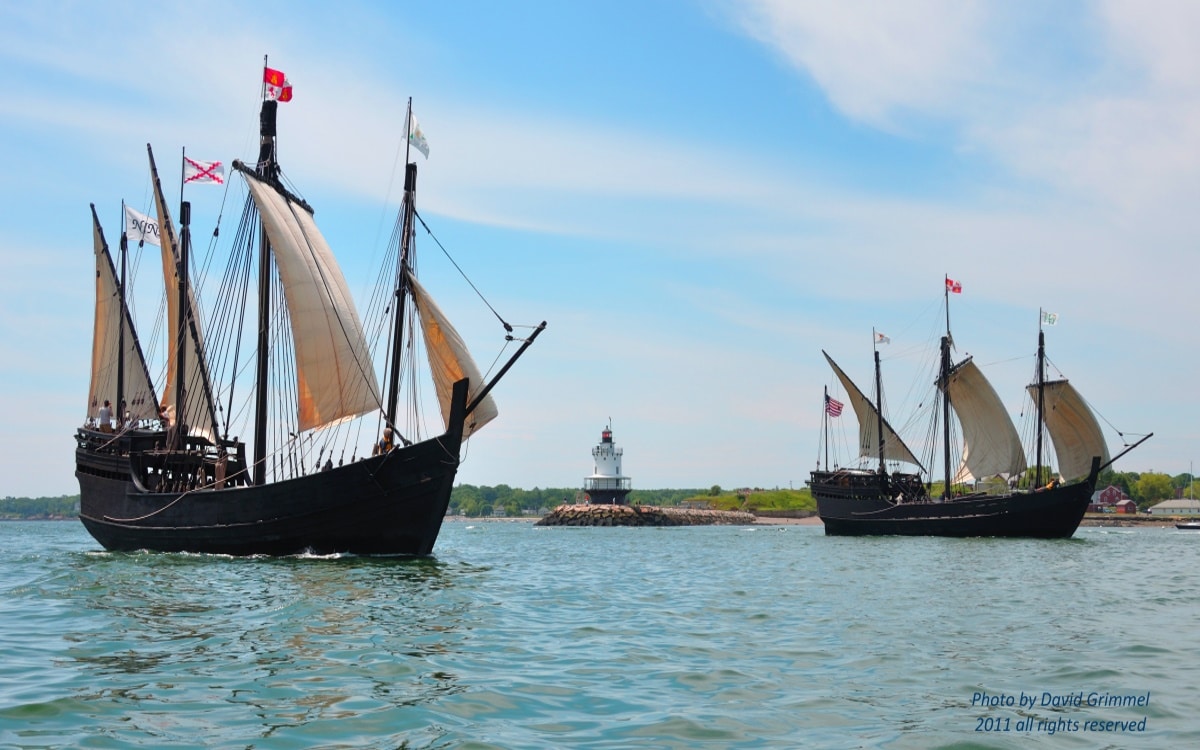 The hand-made ships will be docked at Schooner Pier until early in the morning on March 2nd.

The two ships are replicas of Christopher Columbus ships the Niña and the Pinta from 1492.

There was a third ship in Columbus’ voyage, the Santa Maria, but she has not been built yet as a museum.  According to the website, she was a “Nao” and larger than the other two ships and also Columbus’ least favorite.

The Niña is an exact replica of the one from Columbus and has the reputation of being the most accurate reproduction ever constructed.  The Pinta was built 15 feet longer and 8 feet wider than the original so she can hold more people and be used for dockside events.

The ship’s website describes the vessells as “floating museums” and they visit ports all over the Western Hemisphere traveling 10 months out of the year to 30 or 40 different locations.