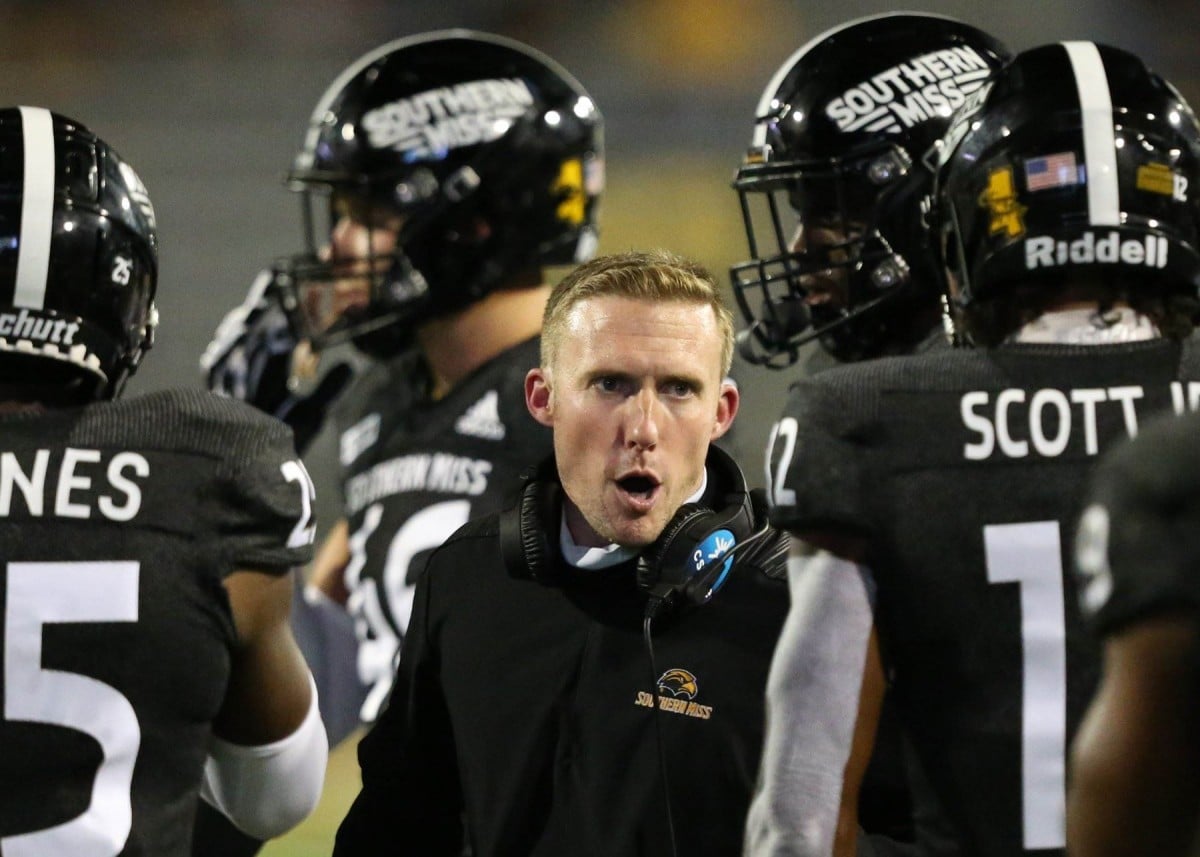 The Scotty Walden era at Southern Miss lasted all of four games.

The 30-year-old took the reins at USM after Jay Hopson resigned following the Golden Eagles’ week one loss to South Alabama and led the team to a 1-3 record since with two games being postponed due to COVID-19. Walden missed his final game at USM, a loss to Liberty, following a positive test of his own.

Defensive coordinator Tim Billings, who filled in for Walden Saturday, will take over as the second interim head coach of the season for USM.

“We are excited for Scotty and his family as they begin this new journey and we wish them nothing but the best. As we adjust, I have asked Tim Billing to take over the interim head coach role and I have full confidence in his ability to successfully lead our team for the rest of the season,” USM AD Jeremy McClain said.

Billings has been a member of the Southern Miss staff since the 2016 campaign and has head coaching experience from his time at Southeast Missouri State from 2000-05. He has also spent time on staffs at Missouri, Oklahoma, Marshall, Wake Forest and Memphis.