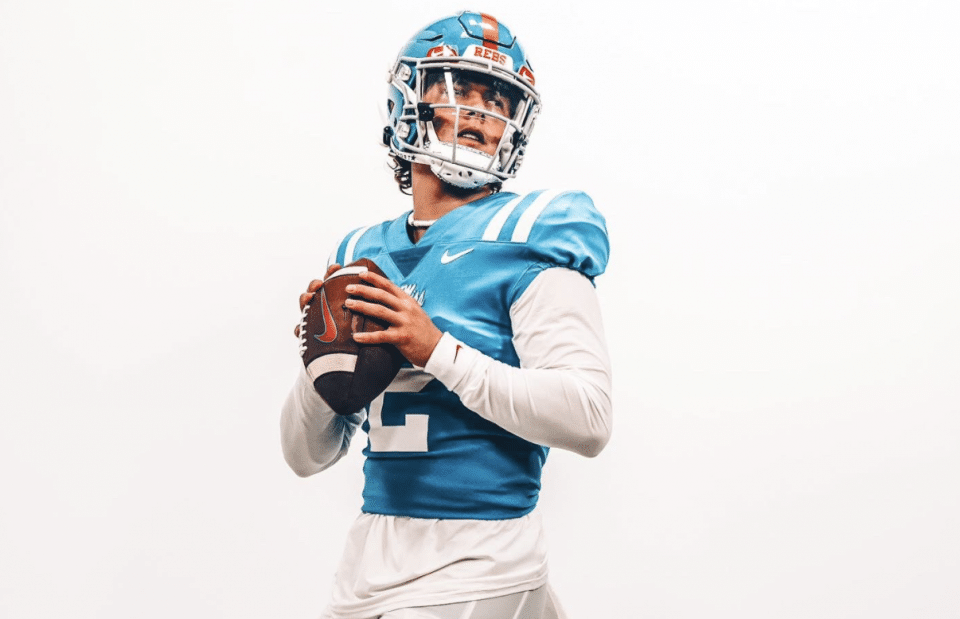 The saga seems to be over.

Jaxson Dart is heading to Oxford. According to multiple reports, the former University of Southern California quarterback has enrolled as a student at Ole Miss.

Considered an “immediate difference-maker” by 247Sports, Jaxson Dart threw for 1,353 yards and nine touchdowns with five interceptions in 2021. He had a completion rate of 61.9 percent in six games of play before seeing his season cut short due to a meniscus injury.

Head coach Lane Kiffin was persistent in his recruiting of Dart, flying out west to visit the former five-star on multiple occasions since the conclusion of the season.

Dart and former USC teammate Michael Trigg have also insinuated through Twitter that they’re looking to play for the same school in 2022. Trigg, a 6-foot-4 tight end, had seven receptions for 109 yards and one touchdown in four games last season.

Dart will have to compete with Luke Altmyer for the starting position in Oxford.