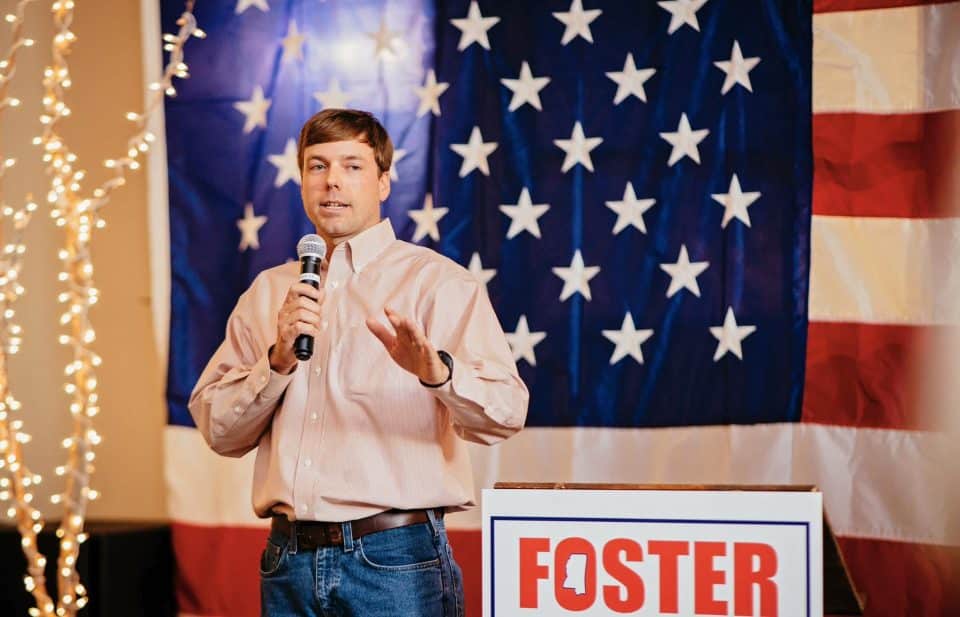 Former member of the Mississippi House of Representatives Robert Foster has announced his plans to run for office once again — this time as the District 5 Supervisor for DeSoto County.

It’s been approximately two years since Foster held a position in state government after his first and only term as a state legislator ended in 2020. In 2019, Foster ran in the gubernatorial election before losing to opponents Tate Reeves and William Waller in the Republican primary.

Despite acquiring less than 20 percent of the vote in the primary election, Foster has garnered a statewide reputation for his conservative viewpoint and legislation. During his run for governor, Foster received nationwide attention after refusing to ride in a vehicle with a female reporter, stating that accusations could be made about their relationship.

Foster has since taken a step back from politics before stating his plans to make a “big announcement” on December 26, hinting that he might announce a campaign for statewide office once again.

“Asking for prayers for myself and my family, for clarity and peace with big decisions that need to be made soon,” Foster said in a social media post. “Prayers for our country, Mississippians, small businesses, & families being hurt by decisions made by selfish Uni-party politicians & reckless bureaucrats.”

The following day, Foster released his intentions to run for DeSoto County Supervisor instead, later addressing the rumors over social media.

“I know this may not meet some of your expectations, many are wanting another big statewide announcement but my plans are to run for Supervisor in my county of DeSoto,” Foster explained. “This doesn’t mean I’m not ever going to run for some other office, it just means for now I must focus on what’s most important which is my family and my local community.”

Foster added that although he may run for a statewide office again in the future, his current priorities are his family and his family-owned agri-tourism business in north Mississippi.

“At this time my heart is at home with my family and my business, but I know I need to do my part,” Foster stated. “My children only have a few short years left at home and my business, like many other small businesses, is struggling with inflation.”

Elections for the position will take place on November 7, 2023.