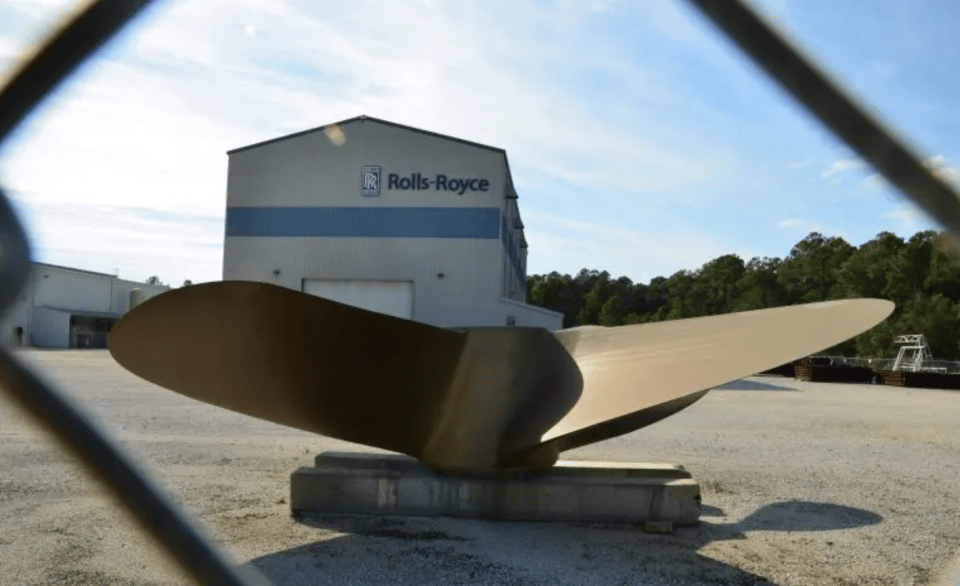 Following decades of success on the Mississippi Gulf Coast, Rolls-Royce has completed a major investment in its Pascagoula naval site.

The new 26,000-square-foot facility will utilize foundry and machining equipment provided by a U.S. Department of Defense DPA Title III grant to increase the company’s ability to manufacture propellers and propulsor components for naval platforms.

“We’re excited to complete a second major U.S. investment in our naval capabilities since 2020, with the opening of this new facility in Pascagoula,” said Dan Rediger, Rolls-Royce Head of Naval Operations – Defense. “Rolls-Royce is proud to play a vital role in the shipbuilding supply chain and we remain committed to supporting the growing needs of the U.S. Navy with world-class, American-made products and serves.”

On Thursday, leaders from around the state gathered in Pascagoula for the facility’s grand opening.

“Rolls-Royce’s investment in Mississippi won’t just help to propel the world’s greatest naval fleet, it will also help to further propel our state’s growing economy,” Governor Tate Reeves said. “Whether it’s over land, in the air, or at sea, Mighty Mississippi is helping our military defend freedom around the globe. I’m grateful for Rolls-Royce’s commitment to our state and look forward to seeing the new facility’s positive impact on Pascagoula and our Gulf Coast.”

Some of the first work to be delivered from the new facility will be fixed-pitch propellers for the U.S. Navy’s Constellation-class (FFG-62) guided missile frigate program. Just last year, Rolls-Royce reached an agreement with Fincantieri Marinette Marine to design and manufacture up to 40 propellers for the program.