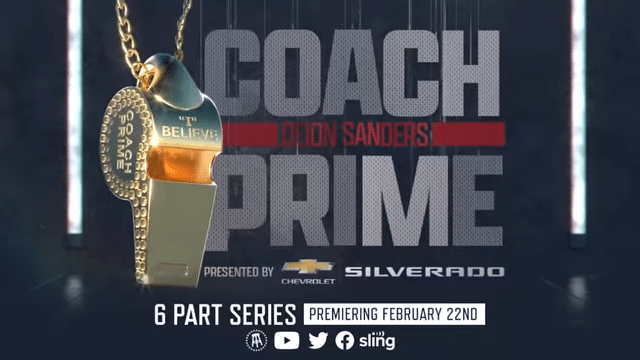 Coach Prime, a documentary series that takes an inside look at Jackson State football, premieres on Tuesday, February 22.

In an appearance on Good Morning America, head coach Deion Sanders told Michael Strahan that the intent of the six-part series is to shine light on all historically Black colleges and universities (HBCUs).

“This documentary is tremendous,” Sanders told Michael Strahan. “It shines light, not just on JSU but so many other HBCUs who are overlooked and underfunded. People take that for granted,” Sanders said on GMA. “I’m seeing 100 or so kids smiling every day working their butts off because we’re getting a new locker room. We’ve got the new football field. We have multiple uniforms. The helmet companies pitched in. We have several different helmets. We’re giving them the same experience they can garnish at a Power Five at this HBCU.”

Episodes will be available on-demand once aired on Barstool Sports’ digital, mobile, and social platforms at 7 p.m. CT.

Watch the trailer below: