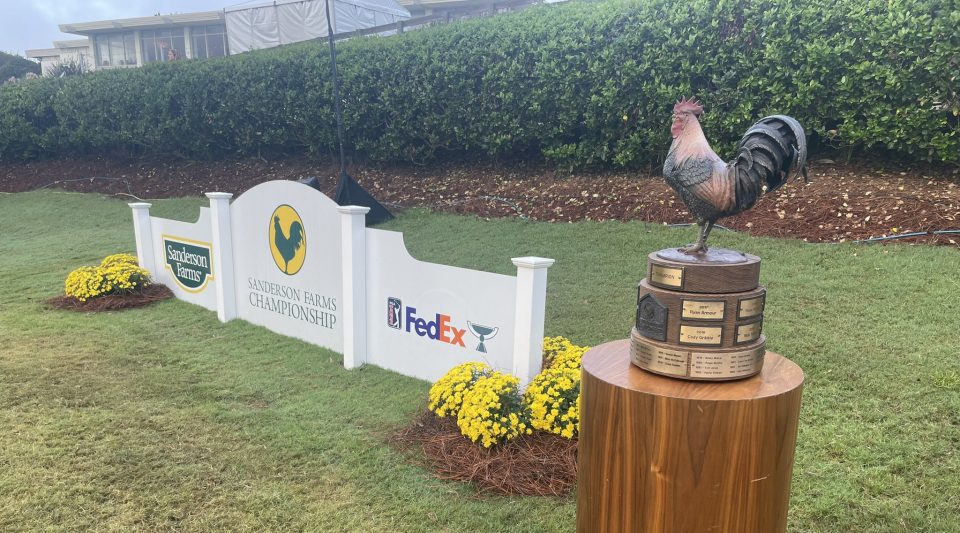 The John Soules Foods Pro-Am portion of the Sanderson Farms Championship, Mississippi’s lone PGA event, tees off on Monday at the Jackson Country Club. Come Wednesday, the course will open up to the public for the Walker’s Cay Pro-Am before the fully professional event kicks off on Thursday.

“It’s going to be 144 of the best players in the world – bar none,” Sanderson Farms Championship Executive Director Steve Jent said. “It’s still a phenomenal golf course. We’re still trying to raise a bunch of money for charity. I think it’s a great opportunity for an event to showcase Mississippi to the world.”

Headlining the 2022 Sanderson Farms Championship field will be defending champion and No. 12 player in the world Sam Burns. Other major winners vying for a piece of this year’s $7.9 million purse will be Gary Woodland (2019 U.S. Open), Jason Dufner (2013 PGA Championship), Stewart Cink (2009 Open Championship), and Lucas Glover (2009 U.S. Open).

Chad Ramey, who recently won the Corales Punta Cana Championship, leads the list of Mississippians competing in this year’s tournament.

Parking and shuttle transportation for spectators will be available at Northpark Mall with accessible parking located at Christ United Methodist Church.

Tickets can be purchased here.