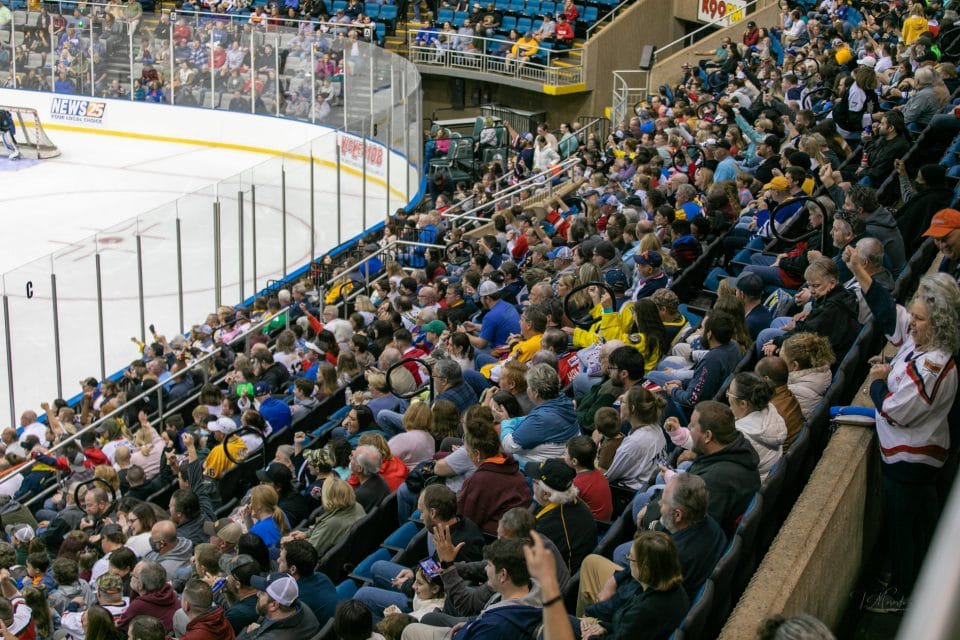 On Monday, the Harrison County Board of Supervisors unanimously approved a new lease for the Mississippi Sea Wolves.

The two-year hard deal with three one-year options will have the Sea Wolves playing home games at the Mississippi Coast Coliseum in Biloxi.

During the month of December, the Federal Prospects Hockey League (FPHL) hosted three neutral site games at the coliseum, virtually serving as a tryout for Biloxi. Fans rose to the challenge as the average attendance at each game was 6,721.

“Nobody knew who the teams were. Nobody really knew who the players were, but they wanted to see hockey so bad that they came out and not only supported it but sold out that final night. We did almost 18,000 people over three games. That is significant,” Mississippi Coast Coliseum Executive Director Matt McDonnell said as the room erupted in applause.

Biloxi has not had a professional hockey team since the Mississippi Surge disassembled in 2014. Prior to that, the Mississippi Sea Wolves played in the coliseum from 1996-2009. During their first stint on the Mississippi Gulf Coast, the Sea Wolves made the East Coast Hockey League (ECHL) playoffs eight times, winning one championship.

Tickets for the 2022 season are expected to go on sale in the coming weeks.