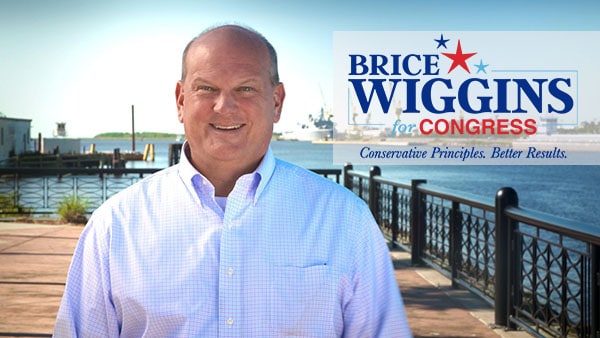 State Senator Brice Wiggins, a Republican from Pascagoula, has announced his campaign for Congress in Mississippi’s Fourth Congressional District.

A former prosecutor and current Chairman of the Senate Judiciary A Committee and Appropriations member, Wiggins has spent time visiting with people throughout the 4th District – from Laurel to Gulfport, Hattiesburg to Ocean Springs, Picayune to Lucedale and places in-between. Hearing their consistent, grassroots cry for effective representation in Congress inspired him to seek the office.

“People are sick and tired of the self-dealing and self-interest of many of the politicians we see. We see it too much nationally and in our own backyard,” said Wiggins. “People want someone who puts them first and gets things done for south Mississippi.”

As a Senator, Wiggins has a track record of hard work, bringing people together and fighting for what is right. He now wants to take that same fight to Congress. Known for his commitment to understanding the issues and his results-driven approach to solving problems, he is ready to take on the challenges in Washington.

Here’s what Wiggins had to say about why he decided to run for Congress: