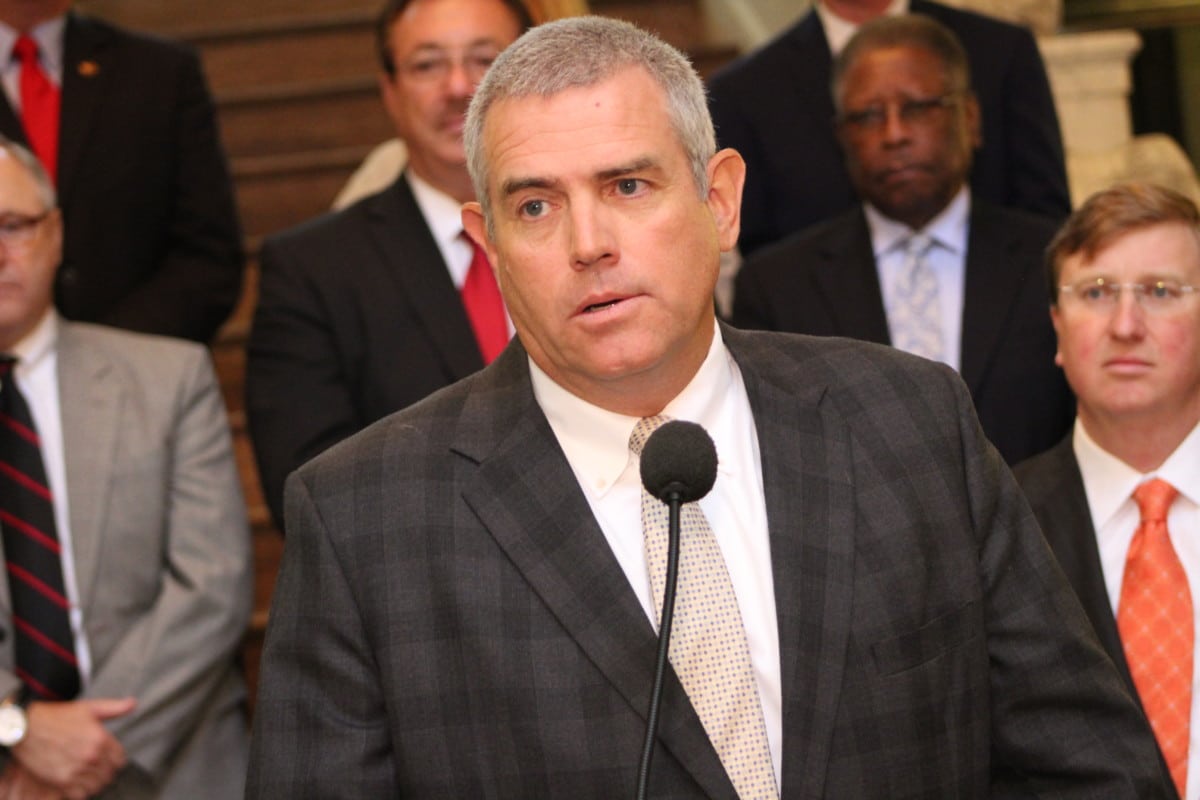 Earlier this week, Speaker Philip Gunn held a press briefing in which he discussed where the House of Representatives stands on the appropriation of $1.8 billion in federal dollars.

According to the longtime Republican speaker, the House plans to move forward with the money which came from the American Rescue Plan Act of 2021—just not all of it.

“We don’t have to spend it all in one year. We have three legislative sessions to do it,” Gunn said, adding that he’d like to appropriate half during the 2022 session and the other half during the 2023 session. “We just think it’s prudent to spend some now and hold some back for unknowns that may come.”

Although Gunn would like to slowly roll out the ARPA dollars, members of the Senate believe it is imperative to appropriate the funds before the April 3 sine die as the state will ultimately lose a portion of the money otherwise.

“We don’t need to waste a year and not get this done. 46 other states have allocated their money. We need to allocate our money,” Senator David Blount, D-Jackson, said. Mississippi, Idaho, Iowa, Nebraska, and Oklahoma are the only states that have not allocated money received from the 202

In a recent interview on Middays with Gerard Gibert, Senate Finance Committee Chairman Josh Harkins said that a glaring problem with a plan as such is “if you hold those any longer, your $1.8 billion is worth about 7 or 8 percent less next year.”

With the current inflation rate (7.9 percent as of February 2022), say none of the $1.8 billion is appropriated this year, that number will decrease to less than $1.66 billion. If just half of the obligating ARPA funds are appropriated, the state will lose a total of over $71 million.

“I would certainly not want to be on record of holding back $1.8 billion for our communities, our counties, and our cities,” Harkins, R-Flowood, said. “I think that would be a loss for our state.”

As the end of this year’s legislative session looms, cities and counties across the state are urging lawmakers to find common ground and appropriate the funds.

“The cities and counties of this state are ready and willing to start turning dirt and moving vital infrastructure projects forward” Greenville Mayor Errick Simmons and Choctaw County Supervisor Chris McIntire wrote in a letter to lawmakers on Monday. “However, we cannot do this without legislative approval.”

Whether Mississippi’s 299 cities and 82 counties see any of the stimulus money or not this year will be decided in the next nine days, assuming Governor Tate Reeves does not call a special session.