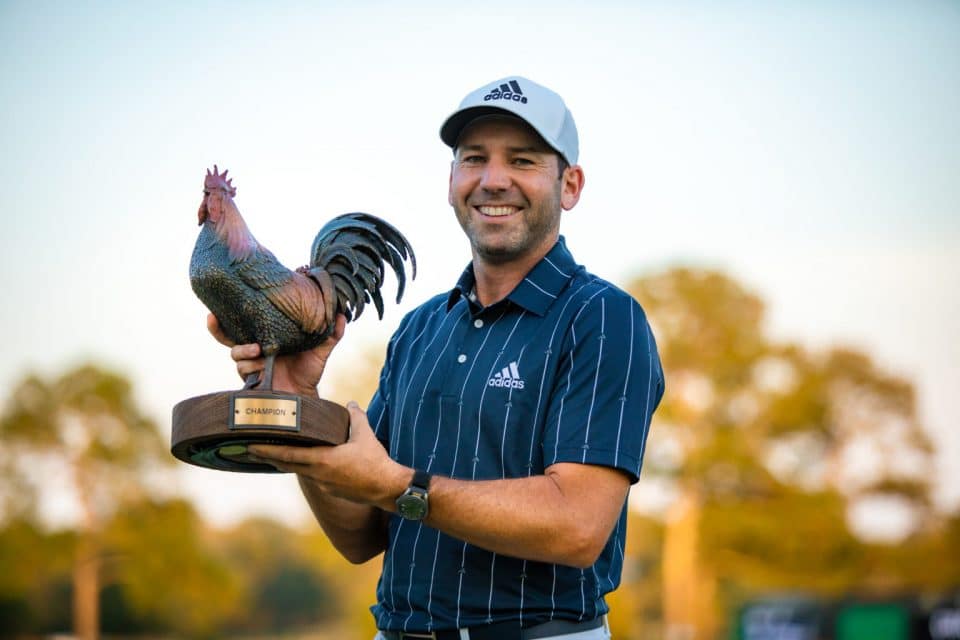 The reigning Sanderson Farms Champion is returning to defend his title.

Sergio Garcia will return to Jackson for the 2021 Sanderson Farms Championship after taking home the trophy in 2020 by shooting 19-under for the tournament.

“I’m excited to return to Jackson to defend my title at the Sanderson Farms Championship in September,” Garcia said. “It’s always an amazing feeling to go back to a place that you have had success, but it’s particularly special to go back to a course as amazing as The Country Club of Jackson!”

Set to tee off from the Country Club of Jackson later this month, fans will be back on course after a year away due to the pandemic. Steve Jent, executive director of the tournament, is ready to welcome fans back for 2021.

“We are beyond excited that Sergio is coming back to compete, and that our fans are back this year to watch him defend in person,” Jent said. “It will be fun to watch his game again, and we were crossing our fingers that he could arrange a return to Mississippi.”

Sanderson Farms Championship officials will make additional player announcements in the coming weeks. The field will be finalized at the commitment deadline on Friday, September 24.

With the tournament beginning later in the week, the 54th Sanderson Farms Championship is scheduled for September 27 through October 3. For more information, including ticket info, click here.

If you want to work, opportunities are endless: Upcoming job fairs across Mississippi