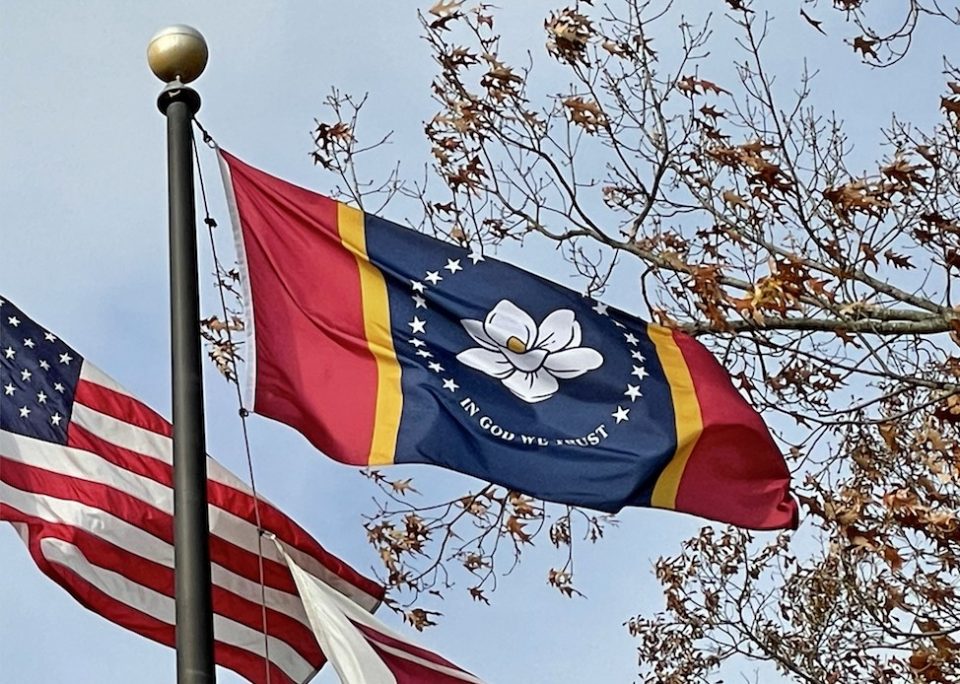 The 2021 Legislative Session is underway, as is the process to officially codify the new Mississippi state flag.

HB 1 will create a new section of the Mississippi Code to recognize the “In God We Trust” flag design adopted by Mississippi voters in November as the official state flag. The bill passed by a 119-1 margin in the House and will now head over to the Senate, which has adjourned until Tuesday at 10:00 a.m.

Rep. Steve Horne (R) was the lone member of the House to vote against the bill. Rep. Dan Eubanks (R) and Rep. Brady Williamson (R) each voted ‘present.’

Speaker of the House Philip Gunn, a longtime proponent of changing the controversial former flag, reflected on the adoption of the new banner following the passage of the bill.

“This new flag body declares our trust in God as a state. I believe that’s who we are as a state. Just as we are all equal in his eyes and we have equal opportunities and equal rights, we as elected representatives of the people of this state work to make sure that happens. As we enter into a new year and new session, may God bless our efforts, may God bless the state of Mississippi as we set sail under this new flag.”

The flag was adopted by Mississippi voters with around 71% of the vote on November 3rd following the retirement of the former flag in June 2020.

As a “companion” to HB 1, HB 68 was also passed by a 117-3 margin to allocate $10,000 to the Department of Finance and Administration for the purchase and distribution of flags to state office buildings.